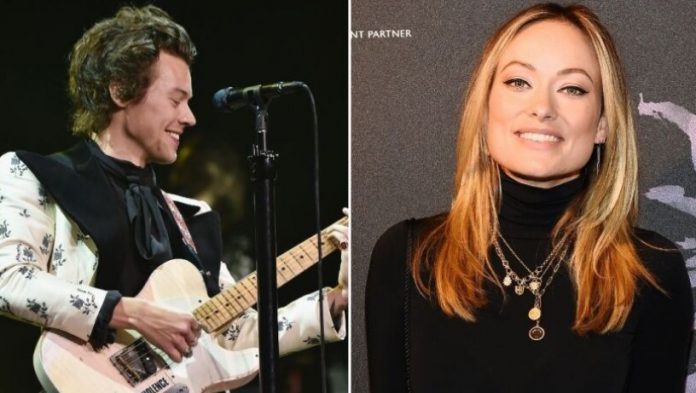 The actress’s mother-in-law also appeared to enjoy the moment with the little ones. Like a whole beautiful family, this is how Olivia Wilde with her children was captured at a Harry Styles concert, where they danced together while the interpreter played some of his hits.

The actress and director took her two children, Otis, 7, and Daisy, 5, to Harry’s live show this Monday in San Diego, where she was seen enjoying her partner’s music with her little ones, taking part of an adorable scene.

However, if that’s not cute enough, the best moment came later, when the mother of former One Direction member, Anne Twist, was caught dancing with Otis while “What Makes You Beautiful” was playing.

When did Harry Styles and Olivia Wilde start dating?

Harry Styles and Olivia Wilde have been dating for about a year now, but things seem to be going great between them, as even their families seem to be getting along quite well from the pictures.

The pair met while filming Don’t Worry Darling , which served as Wilde’s directorial debut and featured Harry as part of the main cast.

Since then, they have been caught in public spending time together; Last January they attended a wedding together and just a few weeks ago, Olivia was seen at another British concert.