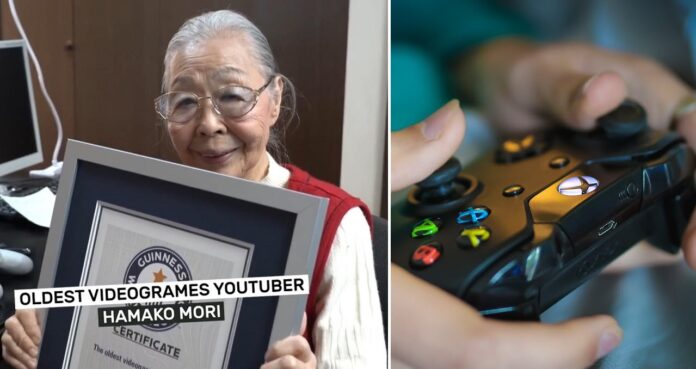 Video games can mean different things to many people. Some people play games just to spend time, some people play for the story underlying the games. There are many game types from competitive games to open world games. However, the general belief is that mostly young people play these games. The oldest player in the world, Hamako Mori, wants to change this opinion.

The oldest player in the world, Hamako Mori, is 90 years old
Hamako Mori, 90, is 90 years old. Indicating that he has been playing games on the computer and console for 39 years, Mori entered the Guinness Book of Records as the oldest player. Mori also has a YouTube channel. The channel named Gamer Grandma, founded in 2015, now has 250 thousand subscribers. The channel, which is very popular in Japan, continues actively.

Stating that he has been playing video games for 39 years without interruption, Hamako Mori not only plays on his YouTube channel, but also opens box reviews and reviews of products. Mori’s favorite game is the Grand Theft Auto series, known to almost all players. Mori said, “I understand better that playing after living so long is the right choice. I really enjoy my life. ”

The oldest player in the world, Hamako Mori, is now in the Guinness Book of Records. Commenting on his passion for playing, Mori said, “It looked like a lot of fun. I just thought that it wouldn’t be fair if the children were playing ”. Mori also noted that older people can play on various platforms as well as young people.