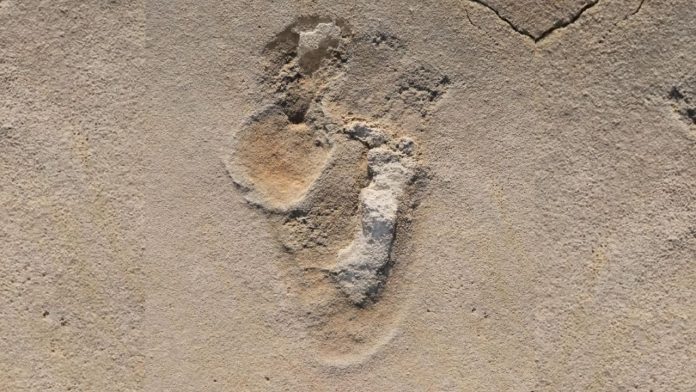 Humanoid Footprint: It is still largely unknown how humanity came to this day and what kind of changes it underwent until it arrived; but researchers are constantly working to shed light on the dark age. Some of the traces found in these studies are thought to be the oldest footprints ever found. History is an extremely difficult subject to study because of the limited data and possibilities. Although there are often bones from ancient times, these unfortunately do not provide enough information; which makes these fossil discoveries very difficult to analyze and classify into one of the species found between Homo and Graecopithecus.

But that doesn’t mean that bones are the only traces left behind by our hominin ancestors. In some cases, the footprints that have been preserved enough to allow research on them can also shed light on the history of humanity; just like in this article.

Traces may have a connection to the earliest known human ancestor

As reported in 2017, a research team; On Trachiolos Beach on the Greek island of Crete, he discovered more than 50 footprints that are thought to have been left by an ancient hominin-like creature, possibly dating back 5.7 million years. A study published this week claims that these analyzed hominin-like traces could potentially be 6.5 million years old. This means that the footprints may be 350,000 years older than originally thought.

There is no known record of Homo sapiens anywhere in the fossil record dating back 300,000 years—even our sister species Homo neanderthalensis only appeared 430,000 years ago. So what we’re talking about here is pretty much our great-great-great ancestors. Considering that Australopithecus afarensis, which some of you may have heard of thanks to a well-preserved primate skeleton known as ‘Lucy’, lived 3.9 million years ago, it would not be wrong to say that we are gradually closing the gap between years.

In fact, this footprint is so old if you look at it; The team that conducted the research thinks there may be a link between the 7.2 million-year-old Graecopithecus freybergi, the oldest known ancestor of humans, with dental specimens, and the tracks. University of Tübingen paleontologist Madelaine Böhme said: “We cannot ignore the link between the maker of the tracks and the possible pre-human Graecopithecus freybergi. “He said.