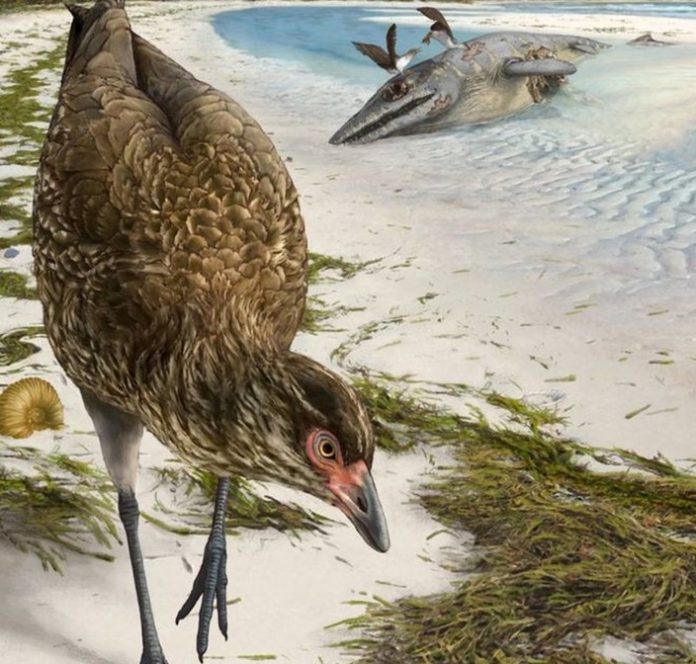 Scientists believe that birds are descendants of dinosaurs, and the missing link between the two species may have been discovered: a single fossil, quite incomplete, from 67 million years ago, may be the first bird to populate Earth. The skull, almost whole, was found in a quarry between Holland and Belgium and shows a bird that must have had a face similar to a duck and the rear like a chicken today.

The discovery was made by scientists at the University of Cambridge, England, who named it Asteriornis maastrichtensis. It is a tribute to the Greek goddess Astéria, of the shooting stars, which would have turned into a quail. In addition to the clear reference to the quail, there is also the relationship between the shooting stars and the cataclysmic asteroid, which changed life on Earth shortly after the appearance of this special bird.

It is believed that his long legs made his habits terrestrial, in a region that, at the time, was covered by a shallow sea. The size can be similar to that of a modern gull, even with similar behavior.

The animal should have weighed about 400 grams and must have given rise to several current birds, including chicken and duck. “They are such a visible and important group of living animals, so being able to say something new about how modern birds really came into being is very significant for paleontologists and evolutionary biologists,” said Daniel Field, who is responsible for analyzing the fossil. .

Although there are fossils of older birds, such as Archeopteryx, 150 million years old, none of them resembled those existing today. The appearance just before the asteroid with the dinosaurs can also reveal what were the essential characteristics for Asteriornis maastrichtensis to survive, even with reduced specimens.

The First Humans May Be Hibernating