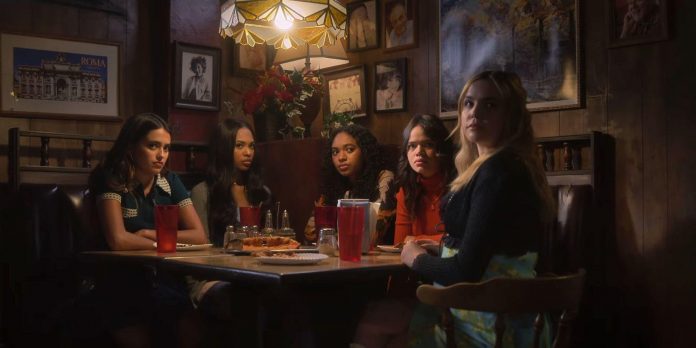 HBO Max has unveiled a new trailer for the long-awaited series “Cute Liars: Original Sin”. Being the fourth installment of the Cute Liars franchise, Original Sin is released after the completion of the original show in 2017 and its subsequent spin-offs, Ravenswood and Cute Liars: Perfectionists. Developed by Robert Aguirre-Sacasa and Lindsay Calhoun Bring, the new series focuses on a new cast of characters in the town of Millwood, where a mysterious figure known as A begins to persecute a group of girls for the sins committed by their parents for two decades. back.

Now the latest trailer from HBO Max seems to be giving a generous dose of nostalgia to fans of “Pretty Liars.” Creating the same creepy atmosphere that captivated viewers of the original series, the horror of “Original Sin” begins with death at a school dance. Hunted and terrorized by an unknown criminal, a group of friends are forced to search for answers, even if it means investigating their own parents’ dark past. Check out the trailer below:

Among the stars of the new series are Chandler Kinney (“Zombie”), Bailey Madison (“The Good Witch”), Maya Refikko (“Mashup Callie”), Zaria (“Blackish”) and Malia Pyles (“Baskets”). Other actors include Mallory Bechtel, Elena Goode, Sharon Lil, Eric Johnson, Lea Salonga and Alex Iono. The premiere of the first three of the ten episodes of “Pretty Liars: Original Sin” will take place on July 28, and the final debut will take place less than a month later, on August 18.