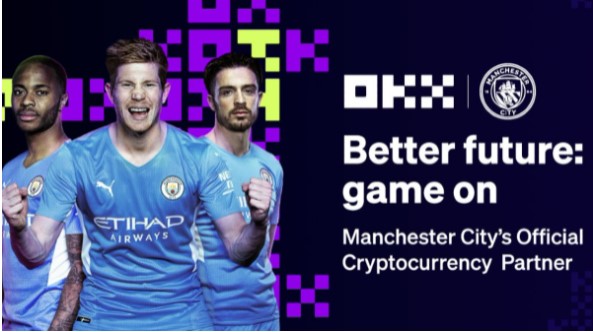 OKX, one of the popular cryptocurrency exchanges of the market, announced that they have reached a multi-year cooperation with the English football team Manchester City. According to the official announcement made today, OKX is stating that the partnership will take place before they go to the derby against their arch rivals Manchester United on Sunday, March 6.

In addition to these, according to the statements made, OKX was the second largest cryptocurrency exchange last year, while Manchester City won the title of “biggest” for the 28th time last season. Therefore, the stock market states that it has partnerships with Manchester City in its effort to succeed.

On the other hand, in its official statements on the subject, the stock market said, “Neither we nor Manchester City are strangers to competition. We both know firsthand the challenges that arise on the way to the top. We’re excited to put their colors on the pitch as we take on the same values ​​as our new partner’s as they tackle the elites of English and European football.” He uses his words.

In addition, according to the statements made, special events and competitions will be held in partnership with Manchester City, and the stock market recommends users to stay tuned for this.

According to the statements made, with this partnership, OKC has become the official cryptocurrency platform partner of Manchester City football club. It is also stated that the partnership is multi-year and was created to promote innovation and inclusiveness worldwide.

In addition, the exchange went through a rebranding in the past weeks and changed its name from OKEx to OKX. Therefore, the stock market aims to be the world leader in cryptocurrency spot and derivative transactions and continues to take steps in this direction one after the other.