Home Celebrity It’s okay to not be okay, the new Netflix drama 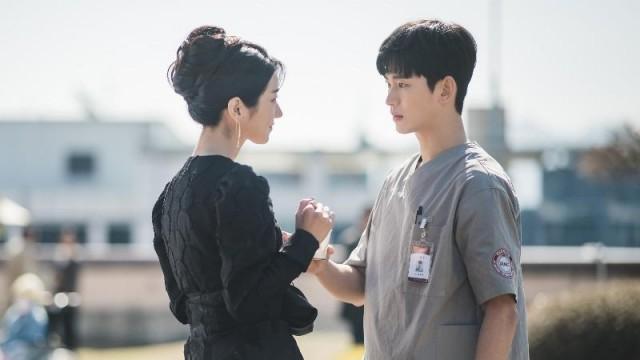 Netflix has a new story for you to put together your marathon on the weekends. Alove and learning story, “It’s okay to not be okay,” the new Netflix drama you must see.

The world of K-drama is very popular and if you are new to this Korean story, this new release could be one of your favorites. In recent months, the Streaming platform has opted for Korean productions and today released a drama about love lessons.

Do you like love stories, but they are realistic and break the cliches? “It’s okay to not be okay” stars Kim Soo Hyun and Seo Ye Ji. The story centers on a psychiatrist and a children’s book writer.

the animation intro is too good to skip 😍 #ItsOkayToNotBeOkay pic.twitter.com/VKvFdbxWFm

Their paths will cross, I unleash an immediate attraction, the problem is that she is someone antisocial, selfish and arrogant, he is someone who does not believe in love, but together they will discover that their union will heal the wounds of their heart as they learn more about themselves.

The first episode has already premiered, surprising fans with the great chemistry of the actors, as well as the aesthetics in each of the scenes. But what caused a furor in the first seconds of its launch was the introduction, which consists of a stop motion animation similar to “The strange world of Jack.”

they can literally show the chemistry just by staring at each other 🥰#ItsOkayToNotBeOkay pic.twitter.com/eUP51jISaF

This drama defies the classic love story, because beyond the butterflies, dates, kisses or feeling in the clouds, the story of the characters will show how a heart can mend the scars of the past and emotionally heal people.

“It’s ok to not be okay” also released its first song as part of its OST . Netflix will release 2 episodes every weekend, so you can put together your marathons and continue enjoying K-dramas.

#ItsOkayToNotBeOkay's First OST is "You're cold" by Heize

Heize is one of the most popular singer in the country ✨ pic.twitter.com/umml38wl30

And if you think that the story is not for you, you can choose other dramas that will entertain you and show a great love for food, discover new stories, find the genre that you like the most and enjoy great marathons.