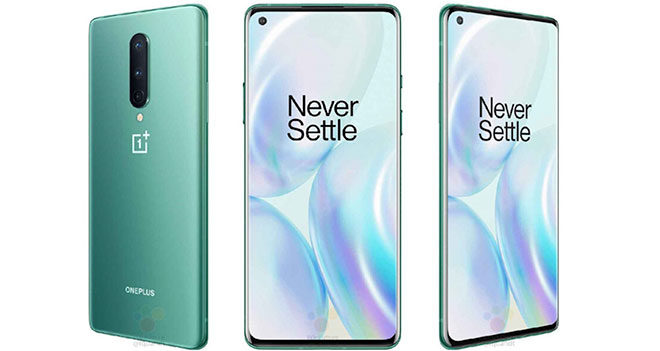 OnePlus, which has been frequently mentioned in the OnePlus 8 series recently, is preparing to introduce this series soon. One of the remarkable devices in the series, OnePlus 8, today came with its official press images, technical features. Let’s get to know OnePlus 8 more closely.

The Chinese manufacturer OnePlus, which has become one of the important brands of the market with the smart phones it has produced in the past years, will introduce the new flagship series OnePlus 8 in a short time. Of course, information about the phone continues to come before the launch to be held in this process. Official press images of OnePlus 8 Pro have appeared before and we shared them with you in our news.

A new one has been added to these leaks, which allows us to get to know the series closely. Official press images, which reveal the design of the OnePlus 8, also helped us get tips on screen and camera setup. It looks like OnePlus 8 will be one of the devices that will make a name for itself in the coming period.

Here are the official press images and features of OnePlus 8:
Looking at the leaked images, we see that the perforated screen design is preferred in OnePlus 8. This preference saves OnePlus 8 from notches that users don’t want to see. The phone, which seems to have a very thin frame, has 3 cameras at the back and 1 camera at the front.

Note that the phone with a 6.55-inch FHD + Fluid AMOLED screen has a 90 Hz screen refresh rate. In addition, the screen of the device is protected with 3D Corning Gorilla Glass. Adreno 650 GPU was preferred in the device powered by the 2.84 GHz 8-core Snapdragon 865.

OnePlus, which will offer 2 options to its potential customers in terms of storage and RAM, will be presented with 8 GB RAM / 256 GB storage as well as 12 GB RAM / 256 GB storage configurations. The OnePlus 8, which includes a 48 MP + 16 MP + 2 MP rear camera setup, will have a 16 MP resolution. The 48MP main camera from the rear cameras has OIS and EIS supports, while the second 16MP camera will be used to take ultra-wide-angle photos.

The OnePlus 8, which will run on a 4,300 mAh battery, will also support the company’s next-generation fast-charging technology Warp Charge 30T. This charging technology offers the possibility of charging with 5 V / 6 A electrical parameters. In addition, OnePlus 8 will come with 5G support. As seen in the official press images, the phone will have 3 different color options.

The phone, which will be launched with Android 10-based OxygenOS 10.0, is expected to be introduced in mid-April, but it is worth remembering that the corona virus epidemic, which affects the whole world, may endanger the effectiveness.

How to update Android from Samsung Galaxy devices?