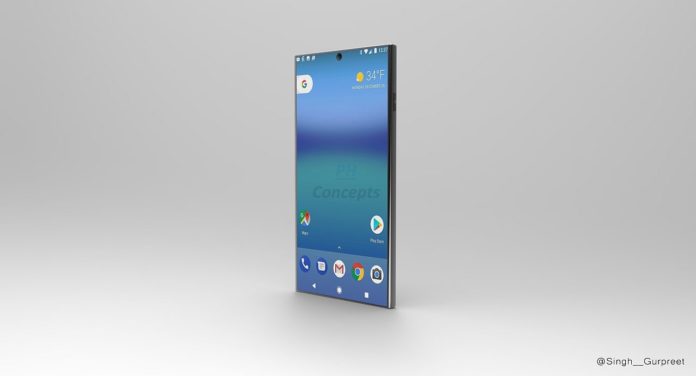 Official press images of Xperia 9, which Japanese technology giant Sony has been working on for a while, have leaked. The smartphone, which is expected to be the successor of the Xperia 10, will come with a large curved screen and triple rear camera system.

Sony was expected to introduce a world-class flagship phone at the Mobile World Congress (MWC) in 2020, scheduled to be held in Barcelona, ​​Spain, but the giant event was canceled due to a new corona virus outbreak that erupted in Wuhan, China.

Today, a new leak emerging on the Reddit platform has revealed the first official images of the Xperia 9, known to be a phone positioned between the upper and middle segment. According to the transferred information, the device will be the successor of the Xperia 10.

Press images of Sony Xperia 9
Leaked press images of Xperia 9 show that the device will come with a curved screen. There is a very large frame on the phone. In this section, we see that there is a handset and a selfie camera. At the bottom there is a very thin frame. On the back of the Xperia 9, there are triple camera setup with LED flash.

Sony plans to organize an online event, where the MWC 2020 has been canceled, which will introduce some of their new devices. We expect the Xperia 9 to appear in the event, which has not yet been announced. On the other hand, the details about the hardware of the device are very few. Previous reports were that the Japanese company was working on a device with the Snapdragon 765 chipset. When we consider the point where the Xperia 9 is located, it is not sincere to be the device in question.