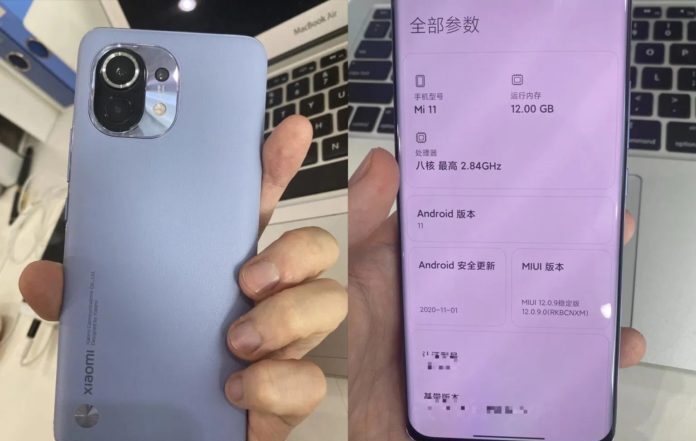 The Xiaomi Mi 11 series will become official on December 28. Thanks to the previously leaked photos, it was seen to a great extent what the phone looked like. Photos showing the rear panel of the Mi 11 in different colors have now been added to these leaks. Thanks to the photos in question, it is more clearly seen what the device with the Snapdragon 888 processor will look like.

It is possible to see black, white, blue and purple color options in official photographs. The presence of the 108-megapixel main camera of the smartphone is also confirmed by these photos.

Leaks related to Mi 11 are not limited to official photos. There are also live photos showing both the front and the back of the smartphone. While the back panel appears to have a texture that looks like leather, the curved screen also stands out.

Although it is not possible to see the top of the screen in the photo, the presence of 12 GB of RAM and Android 11-based MIUI 12 is confirmed. iPhone 13 appeared in the famous Apple series! Here is that...