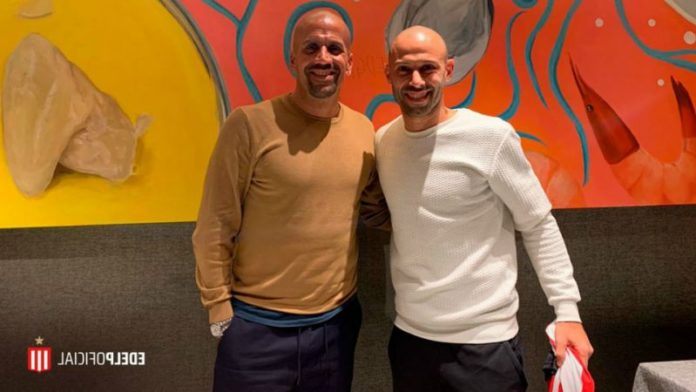 They announced it almost simultaneously: Javier Mascherano did it with a photo with Juan Sebastian Veron, while the president of Estudiantes de La Plata made it official through a video filmed no less than in China. In that sense, the ‘Boss’ and the ‘Witch’ communicated at the same time that the former player of River and Barcelona is new reinforcement of the Pincha, as it had been speculating in recent weeks.

“We came to Beijing to see a great friend, a great soccer player,” Veron said in a video in which he appears next to Mascherano and a Student shirt on the table. The top manager of the platense team confirmed in this way the return of a “very happy” Mascherano to Argentine football, that the 35-year-old midfielder left in 2005 to move from River Plate to Corinthians.

After a season in the Brazil team, Mascherano arrived in European football in 2006 to play at West Ham. His quality jump would be that same year signing for Liverpool, where he played until 2010, when he joined FC Barcelona to win everything with the Barca team, including a Club World Cup final against River. He left Camp Nou in 2018 to try his luck at the Hebei Fortune in China, a club he will leave in December of this year, before becoming available to Gabriel Milito in January 2020.