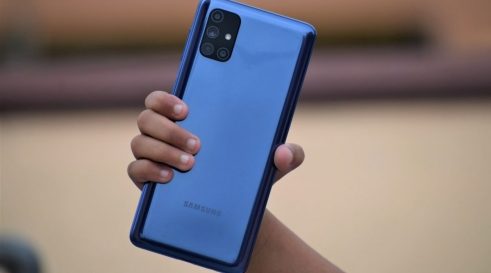 An official confirmation has arrived for the new Samsung phone, which bears the model number SM-M62F / DS and is expected to become official as the Galaxy M62. The smartphone was spotted in documents from the US Federal Communications Commission (FCC). The FCC’s documents show that the 7000 mAh battery gives the phone the energy it needs.

FCC documents show other information about the phone. Accordingly, a 25W power adapter will come out of the box of the device. Charging will be done through the USB-C input. 3.5 mm on the phone. It seems that there will also be a headphone jack.

The model number SM-E625F / DS can also be seen on the FCC website. It is stated that this device may also be officially named Galaxy F62. It seems likely that Samsung will sell the same phone under different names in different markets.

It is not possible to see other features of the device in FCC’s database. However, according to Geekbench’s benchmark results, the heart of the smartphone is the Exynos 9825 processor. This processor is accompanied by 6 GB of RAM. It is also seen in the documents that the phone will come out of the box with Android 11.

In previous reports about the Samsung Galaxy M62, it was stated that this device could be a tablet. However, the FCC website states that the device is a telephone. Although the details about the Galaxy M62 are limited, it will not be a surprise that new information will come out in the coming days.

22-Year Computer Game Comes to a Digital Platform for the First...