Home Sport Official: The Classic Between Barcelona and Real Madrid, Postponed To December 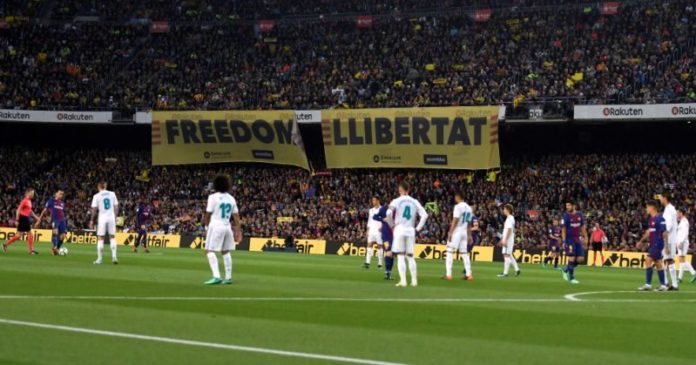 The Competition Committee has ruled this Thursday night on the Classic between Barcelona and Real Madrid. Finally, it has decided that the meeting between the two colossals of Spain will be postponed to the next month of December, without specifying the precise date, that La Liga and both clubs should agree at most next Monday.

In this way, the Classic initially planned for October 26 at 1:00 p.m. is postponed for security reasons given the tensions that are experienced in Catalonia. Barcelona and Madrid had submitted the respective allegations during the morning of this Thursday, asking that the order of the games not be reversed, preventing the first 2019/20 LaLiga Classic from being played at the Santiago Bernabéu.

The two dates that were being considered to play the Classic were on December 4 and the 18th of the same month. For the first one, he had not foreseen competition and it was a date after a complex league day. Barcelona had to play another difficult game the previous weekend against Atlético de Madrid, while Real Madrid would have to travel to Vitoria to face Alavés.

Regarding December 18, the problem in sight is that there is a day of Copa del Rey, a situation that Javier Tebas himself, president of the Professional Football League, has already expressed.

Therefore, Competition has only decided not to play the game on Saturday October 26, giving deadline to LaLiga, Barcelona and Madrid until next Monday 21 to agree on the final date.