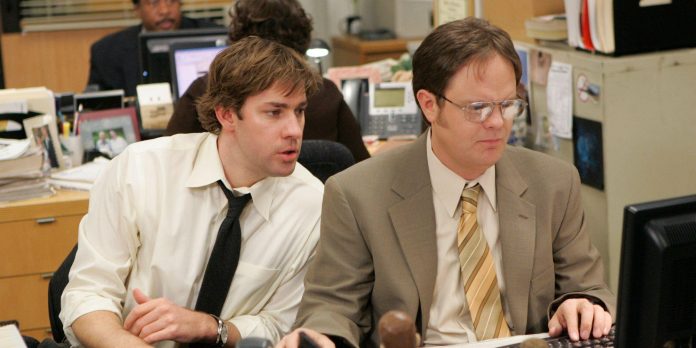 Throughout the nine seasons of “The Office,” the countless and hilarious creative pranks that Jim plays on Dwight may have played a vital role in keeping Dwight’s job at Dunder Mifflin. Despite the fact that the Scranton office is not professional at all, Dwight still manages to bother his colleagues, and Jim manages to make Dwight look like a fool at every opportunity. The hostility that then ensues may seem serious, but it’s not necessarily the full story.

Despite the ever-changing landscape of the Dunder Mifflin branch in Scranton, two things remain unchanged: Dwight’s disrespect for his colleagues and Jim’s many practical jokes on his desk neighbor Dwight. Sometimes both paper sellers flirt with crossing the line when it comes to their antics, and often really cross the line. Whether it’s Dwight suppressing his colleagues and taking power over them, or Jim risking Dwight’s life for the sake of laughter, these two should, therefore, cause tension in the workplace. However, due to the specific nature of Jim and Dwight’s dynamics in the “Office”, combined with the very causal makeup that Michael Scott has implemented in the workplace, something unexpected happens instead.

Jim’s pranks, no matter how humiliating and dangerous they may be, may be the reason that Dwight will never be fired. The number of complaints about Dwight seems to be second to none during episode 201 of “The Office,” and in episode 14 of season 5 of “Stress Relief,” Dwight is actually fired as a result of his behavior in the office during one of his so-called drills. Nevertheless, the outlandish and public nature of Jim’s pranks knocks Dwight off his high horse and allows the other members of the Scranton branch to put aside their grievances against Dwight and enjoy his retribution.

The relationship between John Krasinski and Rain Wilson’s characters in Scranton’s office is so frayed that Jim seems to almost anticipate Dwight’s mood and often plays it off before Dwight has time to ruin anyone’s day. For example, in season 2 of “The Office,” episode 6, “The Struggle,” the episode begins with Jim putting Dwight’s desk in the bathroom and then taking Dwight’s purple belt when Dwight says something less racy. These public pranks create a more lighthearted feel in an office environment that might otherwise be seen as hostile because of Dwight. They perpetuate the idea that nothing that happens at the Scranton branch has any real seriousness; thus presenting Dwight as something to laugh at rather than be hostile to him.

Jim’s emotional maturity and ability to communicate with people are a counterbalance to Dwight’s social ineptitude. Despite the fact that it may seem that the two hate each other (and Dwight will claim that he definitely hates his colleague), Jim seems to really care about the well-being and interests of Dwight, as well as his other colleagues in The office. Jim’s barrage of jokes about Dwight goes beyond his own entertainment; it’s a way for Dunder Mifflin employees to find something joyful in their terribly mundane office environment.