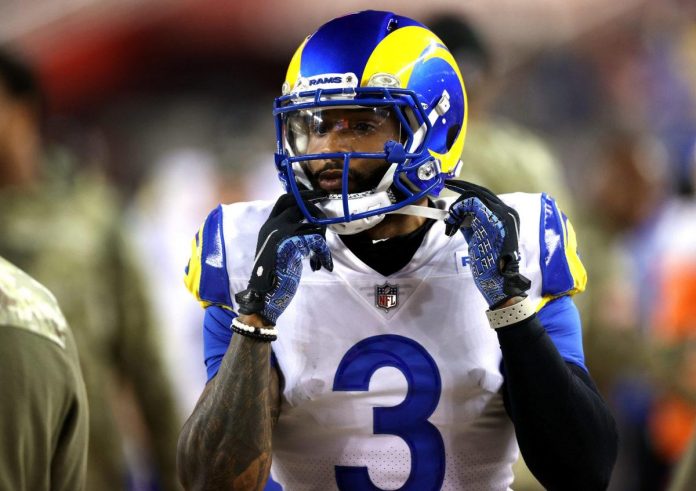 Wide receiver Odell Beckham Jr. remains a free agent as the first week of the 2022 NFL season begins. But while watching yesterday’s season opener between the Los Angeles Rams and the Buffalo Bills, he made a bold statement.

Beckham hyped the Bills in a tweet while watching the game, in which some reporters suggested he would not re-sign with the Rams and could instead join the Bills. But OBJ quickly corrected the record, confirming his love for the Rams.

“Wow-wow!!! Relax…” OBJ stated this in response to correspondent Tino Bovenzi. “My heart goes out to these Rams… they show me what the NFL should be like… and we won the ring, I’m eternally grateful! And listen, this is the first game of the season, relax! They lost to some dude.”

So it looks like OBJ is not ready to exchange loyalty yet. But this does not mean that he will re-sign with the Rams in the near future.

Last year, Odell Beckham Jr. joined the Los Angeles Rams after the Cleveland Browns waived him mid-season. He quickly made an impact, completing 27 receptions for 305 yards and five touchdowns in eight games, and had an even bigger impact in the playoffs.

In the 2021 postseason, OBJ had 21 receptions for 288 yards and two touchdowns-an average of 72 yards per game. One of those touchdowns happened in Super Bowl LVI on the way to his first ring.

Will Odell Beckham Jr. play for the Rams this year?

The Best Prospect of the 2022 MLB Draft Has Apparently Been...