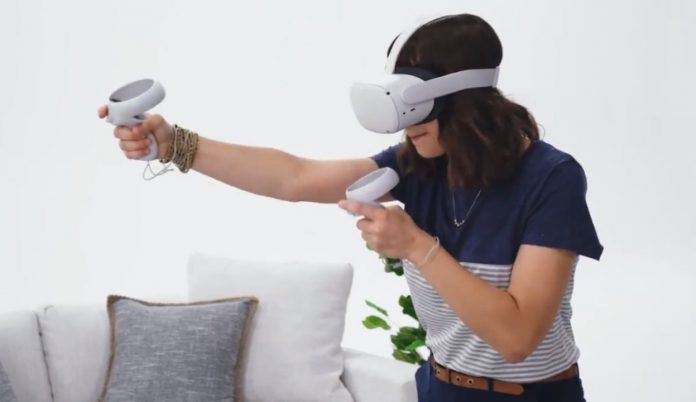 Oculus Quest 2 and portal devices can now respond to “Hey Faccebok”. As you may remember, Oculus introduced voice commands last year. However, you still had to press the “Voice Commands” button in the menu or press the control button twice in order for the device to listen and understand what you said.

The new feature will be available later this week

Voice commands will now become a true hands-free experience. With the new feature, it becomes possible to give commands like “Hey Facebook, take a screenshot” without having to press anything beforehand.

Oculus will begin to offer its new feature this week on Oculus Quest 2. In addition, it should be noted that the company plans to offer it to old Quest devices.

You will have the chance to turn off the feature you need to enable from the “Experimental Features” panel at any time. Also, the wake-up word does not work when the microphone is off or the headset is asleep.

In addition, with the new feature, you can view, hear and delete your voice commands, and also turn off voice storage whenever you want.

When it comes to portal devices, the new wake-up word is seen as another option for giving hands-free commands. Because video chat devices already respond to “Hey Portal”, but now you can replace it with “Hey Facebook” whenever you want.