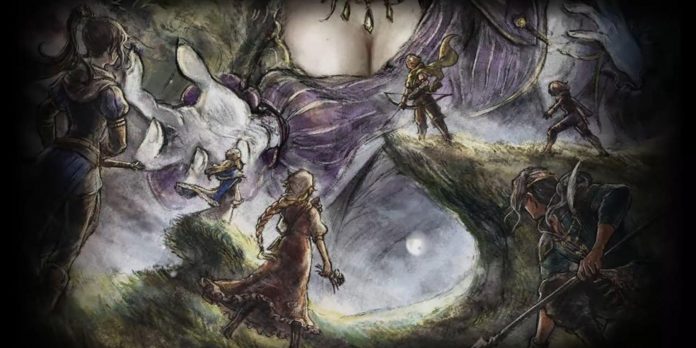 The success of Octopath Traveler after its release in 2018 marked the revival of 2D role-playing games from Square Enix, when the developer doubled down on new and classic role-playing players. Since then, Square Enix has released fully updated versions of the six original Final Fantasy games with the Pixel Remaster series, as well as the HD-2D series, which received the newest entry with Triangle Strategy in March. But despite the success and recognition of Octopath at award ceremonies, Square Enix has not yet announced a proper sequel.

The new Champions of the Continent trailer released Wednesday morning shows that Octopath Traveler fans can now pre-register for the mobile game on both the App Store and Google Play Store. The short video re-introduces players to the magnificent 2D Octopath style, and also gives an idea of the mobile-optimized user interface in the game, promising “a console experience optimized for mobile devices.” The trailer also teases the world release window of the game: Octopath Traveler: Champions of the Continent will be released in the summer of 2022.

Although Octopath Traveler has not yet received a true sequel, the success of the game has led Square Enix to officially adopt its HD-2D style for several recent and future games. Along with the recently released Triangle strategy, Square Enix has confirmed that the Live A Live remake, which will be released next month, will share the iconic Octopath visual style. Square Enix also announced that Dragon Quest 3 will receive a remaster in the same HD-2D aesthetic. Despite the fact that Octopath Traveler: Champions of the Continent is not a direct sequel, it will offer fans another look at the world of Osterra.

Octopath Traveler: Champions of the Continent will be released in the summer of 2022 for Android and iOS.

Euphoria Season 2: The Rue actress responded to the criticism she’s...