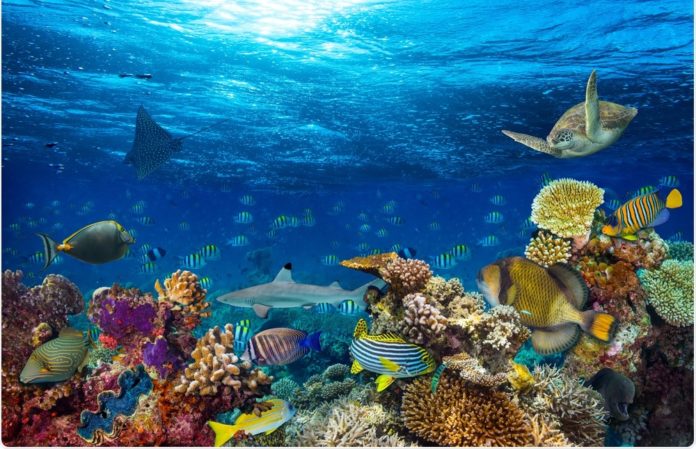 According to a new study published in the world-renowned science journal Nature, ecosystems in the oceans can be largely destroyed by 2100 unless global climate change is reversed. Scientists say that natural life is almost on the edge of the cliff.

Our planet, which we humanly consume without thinking of tomorrows, has been struggling with the effects of global warming for a very long time. The fact that storms, forest fires and droughts have experienced harder than ever in recent years and unfortunately that many species have disappeared indicates that the bells are ringing louder than ever for our world and of course all the creatures under its roof.

As a matter of fact, a new study published in the journal Nature points out that global climate change may lead to a crisis above the expected level. Scientists warn that in the short and medium term, if climate change is not taken under control, many wildlife species will die and natural ecosystems, especially oceans, may collapse.

At least 15 percent of ecosystems may suddenly disappear if temperatures rise 4 degrees by 2100
According to a study by researchers at the University of London Academy, various organisms in the oceans will suddenly die, as they will face higher temperatures than they had before. The research also predicts that important animal species living in Amazon, Indonesia, India, North Australia, Sub-Saharan Africa and Congo will disappear in the 2040s.

The researchers, who studied the geographical ranges of the more than 30,000 birds, mammals, reptiles, amphibians, fish and other animals and plants and the maximum temperatures they could withstand, compared these data with climate data from 1850 to 2005. Taking a frightening picture of the future, the researchers say that living species may suddenly disappear as they reach their temperature threshold.

Some important animal species in places such as Africa, India and Congo are expected to disappear in the 2040s.
“Despite hundreds of studies looking at the impacts of climate change on biology diversity, this sudden collapse pattern has not been previously identified, because most studies have focused only on a particular area,” said Alex Pigot, head of the study, London University Academy. In our study, we determined how biodiversity will change over time. ”

Scientists have found that 73 percent of species that encountered unprecedented temperatures before 2100 will surpass the specified critical threshold. The study, which indicates that at least 15 percent of ecosystems will suddenly disappear if greenhouse gas emissions are not reduced and global temperatures rise by 4 degrees until 2100, this destruction will cause irreversible damage.

Scientists pointed out that only 2 percent of ecosystems will be affected by this sudden collapse if the commitment to limit the global average temperature rise limit set within the scope of the Paris Climate Agreement between 1.5 and 2 degrees is at risk, if efforts to reduce greenhouse gas emissions increase over the next 10 years, stresses that species and ecosystems will be largely protected.

Fortnite: when does Season 4 start?

Attention If You Have This Altcoin! You can do great harm

How to make a video with photos from iPhone and iPad

Barcelona; I want a Manchester City player for Messi

A Possible Symptom That Is Common In Corona Patients Appeared