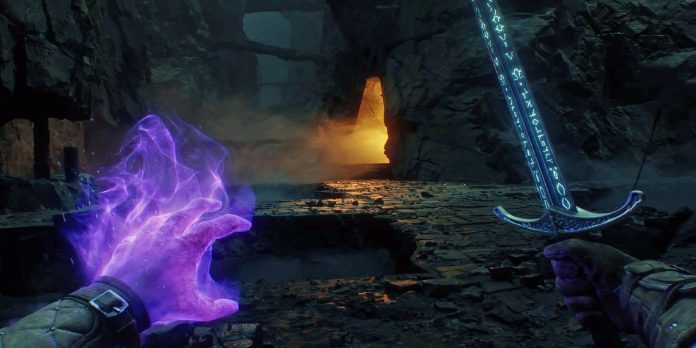 Obsidian Entertainment is a respected developer among fans of role—playing games. Founded in 2003, the company has created several incredibly well-received games, such as Fallout: New Vegas, which even more than a decade after its release is considered one of, if not the best part of the Fallout franchise. Obsidian has released several other notable games since Fallout: New Vegas, the latest of which is Grounded, an interesting game clearly inspired by Honey I Shrunk the Kids.

In short, Obsidian is a studio that many gamers are enthusiastically following to see what it comes up with next. Now it seems that Obsidian is just around the corner from a new disclosure, as an employee posted a tweet that could tease a new game from the company. A tweet from a concept artist working at Obsidian who said it would be “extremely cool when I can finally share what I’ve been working on for the last 2 years.” This was followed by a response from the studio’s design director Josh Sawyer, who posted a “prayer” emoji.

Given that the concept artist who posted the initial tweet was working on The Outer Worlds, it’s possible that he could have been referring to The Outer Worlds 2. However, when this game was first introduced, Obsidian took care to meet the expectations of fans, stating that it was far from ready for release or even the disclosure of the gameplay. There are many other projects Obsidian can work on to show their fans.

Pentinent, for example, is a game, some details of which were leaked in 2021, and this year it may become a suitable announcement. It is said that Pentinent is largely inspired by Disco Elysium, and in it the player will, in fact, work as a detective to solve the mystery. There is also Avowed, a new fantasy role-playing game created by Obsidian in the same universe as Pillars of Eternity games, which was introduced last year and may be ready to show another trailer or even gameplay.

It is very likely that regardless of what Obsidian decides to show, the demonstration will take place at the Xbox and Bethesda exhibition at the end of June. Considering that Obsidian is part of Xbox Game Studios, it would be appropriate for the developer to present his new game at the parent company’s exhibition. Taking into account Obsidian’s reputation, the new game will undoubtedly add weight to the screenings on Xbox and Bethesda.

New Amsterdam Season 4: The other beloved character who could die...