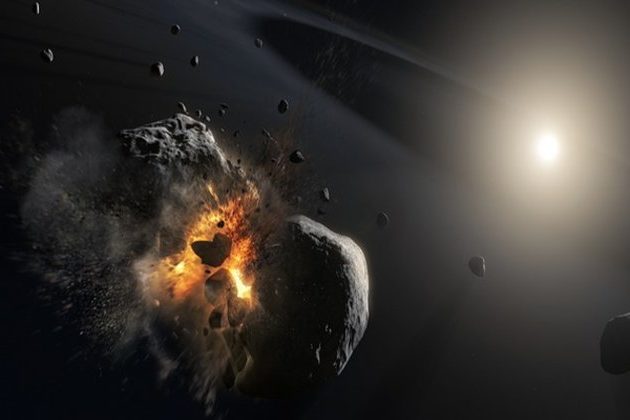 Astronomers explained beyond our Solar System that an object thought to be a planet disappeared mysteriously. Researchers suspect that the ‘ghost planet’ is actually a cloud of dust left over from a cosmic crash.

According to a new study published in the Proceedings Book of the National Academy of Sciences, an exoplanet, discovered by NASA’s Hubble Space Telescope, called Fomalhaut b, disappeared in the mid-2000s; but astronomers now think that this object is actually a cloud of dust left after a cosmic collision.

The researchers say that the two objects shatter each other as a result of the collision and leave behind them a cloud of fine dust particles visible in space. Although the research in question showed that the findings of the first discovery were wrong, this error may have opened the door to a more surprising discovery.

New findings indicate that the exoplanet called Fomalhaut b does not actually exist at all
“These collisions are extremely rare. Therefore, it is extremely important that we discover one of these cosmic events. We are fortunate to be in the right place at the right time,” said the astronomer Andras Gaspar of the University of Arizona Steward Observatory.

“The Fomalhaut star system is an excellent testing laboratory for our ideas of how external planets and star systems evolve. We have no evidence of such collisions in other systems, but we did not encounter a collision of this magnitude in our Solar system. Discovery, how planets are he can shed light on what he destroyed. ”

New discovery can shed light on how planets destroy each other
Astronomers say it was suspected that the temperature emitted by Fomalhaut b, which was originally labeled as exoplanet, was not visible in the infrared. Because any planet needs to be bright and warm enough to appear on infrared sensors.

Initially, those who backed the grass in question thought it might have a dust ring around it, and therefore its temperature was not detected, but the new images acquired sparked controversy about the fact that the planet never existed. According to scientists, the debris cloud has expanded to be no longer a cluster and gradually disappeared.

This Campaign in China ‘Hantavirus’ Panic (One Person Lost His Life)