Home Entertainment Obi-Wan prevented the debut of the rebels’ best weapon in the Clone... 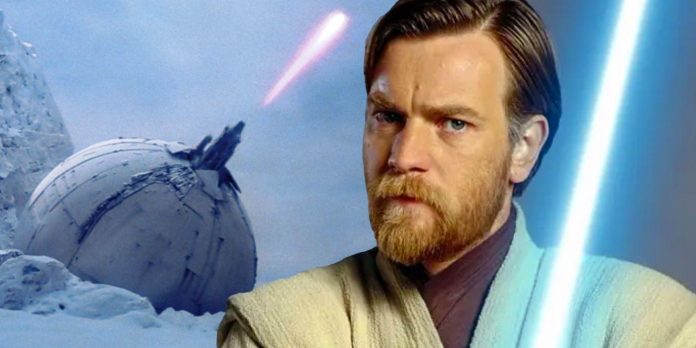 The latest issue of Obi-Wan Kenobi reveals that the iconic Jedi master prevented the debut of one of the rebels’ best weapons much earlier during the Clone Wars. In the new Star Wars comic series, Kenobi reflects on his time as a general and the complexities associated with his status as a Jedi dedicated to keeping the peace. However, this new release shows that he and his clone forces saved countless lives during the never-before-seen battle at the Abrion Bridge.

In the new Star Wars comic book series about Obi-Wan, Kenobi records his memories in a set of magazines during a violent sandstorm on Tatooine during his mission to protect a young Luke Skywalker. Thus, in the first two issues, Kenobi recalled his time as a child in the Jedi Temple, as well as his experience as a student of the Jedi master Qui-Gon Jinn. Now Obi-Wan remembers one of the most brutal and heartbreaking battles he ever participated in during the Clone Wars.

As seen in the new Obi-Wan Kenobi No. 3 by Christopher Cantwell and Alessandro Miracolo, Kenobi and clone commander Cody were tasked with leading the new and largely untested 212th Regiment across the Abrion Bridge. There they will find a separatist-controlled weapons factory where they plan to develop a destructive ion cannon capable of disabling entire fleets and making them vulnerable to enemy fire. Used by the Rebel Alliance several years later during the Galactic Civil War against the Empire, the Rebel ion cannon disabled the star destroyers in orbit during the Battle of Hoth, allowing them to leave the system before they were completely destroyed during the Empire Strikes Back. Fortunately, Obi-Wan and his clones successfully completed their task, obtaining the plans and keeping them out of the hands of the enemy so that they would not be used against the Republic.

Unfortunately, the weapons factory was extremely well defended, which led to Obi-Wan and his troops being surrounded on all sides. While Obi-Wan and Cody naturally survived the carnage, few were left alive to join them in their success, which hardly felt like a victory in the aftermath, especially when Kenobi was already wondering why the Jedi had become Republic generals in the first place.

In any case, Obi-Wan Kenobi, who prevented the separatists from developing a massive ion cannon, undoubtedly saved the lives of several Jedi and soldiers during the Clone Wars. Although the Rebel Alliance later used these weapons for good to help them escape the oppression of the Empire, it is impossible to say how much destruction General Grievous and his droid armies would have caused to the Star Wars galaxy if they had used such a powerful weapon against the Empire. Republic. Obi-Wan Kenobi No. 3 is already on sale.

Final Fantasy: remasters earn price and will have text in Portuguese