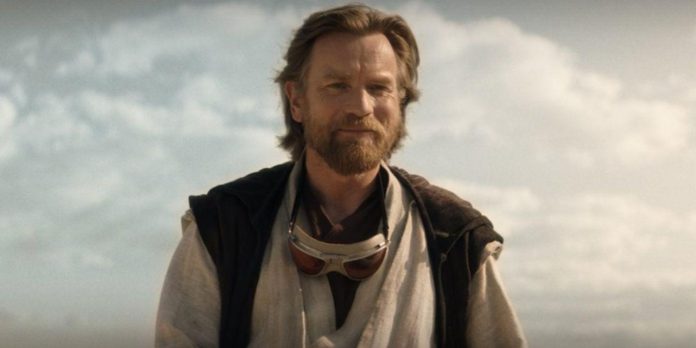 Attention! Contains SPOILERS for the 6th episode of Obi-Wan Kenobi!

After his unexpected appearance in the finale of Obi-Wan Kenobi, Liam Neeson explains why he returned in the form of Qui-Gon Jinn. The latest Star Wars series for Disney+ has given many actors from the prequel trilogy a chance to return. Ewan McGregor led the cast of Obi-Wan Kenobi, but the audience was also delighted with the return of Hayden Christensen as Darth Vader. The audience saw Owen Lars performed by Joel Edgerton, Beru performed by Bonnie Pisse, Bail Organa performed by Jimmy Smith, and even Temuera Morrison as a clone trooper.

Ahead of Obi-Wan Kenobi’s release, one of the biggest theories was that Liam Neeson’s Qui-Gon Jinn would also return. The story of Obi-Wan in Star Wars: Episode III. Revenge of the Sith” ended with him having to talk to Qui-Gon and learn how to become a ghost of the Force. Early episodes of the Star Wars on Disney+ show mentioned Obi-Wan’s former teacher. Neeson returned only after the final frame of Obi-Wan Kenobi.

Now that the finale of Obi-Wan Kenobi has been released on Disney+, Liam Neeson discusses why he returned as Qui-Gon Jinn in the Disney+ series. He told THR about the opportunity to play his favorite character again, citing his desire not to see other people play a Jedi as the main reason he came back. This was just one of several reasons mentioned by Liam Neeson to explain his Obi-Wan Kenobi cameo.

I definitely didn’t want anyone else to play Qui-Gon Jinn, and I wanted to show my respect for George [Lucas] and the mythical world he created. Also, Ewan [McGregor] is a friend of mine, and I enjoyed working with him during the “Hidden Threat” 25 years ago.

Despite serious speculation that Qui-Gon Jinn would one day appear in Obi-Wan Kenobi, Neeson continued to deny his role in the press. He mentioned that Lucasfilm had never contacted him about such a possibility. The actor further stated that he would only return as Qui-Gon Jinn in the Star Wars movie, saying that he is “a bit of a snob when it comes to television.” As many fans suspected, it was all an attempt by Neeson to keep the surprise of his cameo in the finale of Obi-Wan Kenobi.

Now that fans have seen Qui-Gon Jinn Neeson again, the big question is whether they will see him again. It has already been confirmed that Neeson will return to voice Qui-Gon in the animated short “Tales of the Jedi”. However, there is also a lot of interest in the second season of Obi-Wan Kenobi. Since Kenobi’s story in the finale ends with him leaving with the ghost of Qui-Gon Jinn’s Power, it looks like lessons with the Jedi master will be part of the next season. Now only time will tell if Neeson’s final Obi-Wan Kenobi cameo will be the last time viewers will see him in a live Star Wars project.