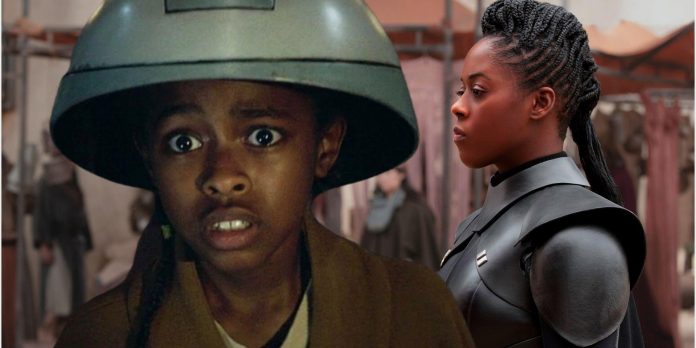 Warning! SPOILERS for the sixth episode of Obi-Wan Kenobi.

Obi-Wan Kenobi concluded his sixth episode by proving that all the complaints about Reva (Moses Ingram) are wrong. The character was heavily criticized on the Internet, as some viewers felt that it was poorly written or performed. However, in the finale, Ingram’s character flipped over, impressively standing out in an exciting episode where Darth Vader (Hayden Christensen) and Obi-Wan (Ewan McGregor) meet after the Mustafar fight and their duel in episode 3.

Reva Sevander (also known as the Third Sister) was an inquisitor of the Galactic Empire who hunted Jedi after Emperor Palpatine issued Order 66. In the series, it is shown that Reva was a Youngling in the Jedi Temple when Darth Vader and the clone troopers attacked. Despite turning to the dark side, Reva ultimately failed to kill the young Luke Skywalker in revenge, for which she was praised by Obi-Wan Kenobi. Outside of the “Star Wars” universe, some viewers of the new “Star Wars” series have rightly criticized that the character was not convincing, while others have subjected Reeva’s actor, Moses Ingram, to shameful racist comments.

Obi-Wan Kenobi in the 6th episode gave Reeva the character that the audience was waiting for, allowing her to show sympathy, an irresistible heroine and, finally, proving the criticism wrong. Although her return to the light was like the redemption of Kylo Ren (Adam Driver) and Vader, her decision to spare young Luke was nevertheless a compelling narrative decision. Reva’s return to the light made sense, given her Jedi background, and her reluctance to kill the child, as Vader really proved that she was ultimately better than the spoiled Anakin Skywalker, despite her misdeeds.

Obi-Wan Kenobi, episode 6, also proved how versatile an actor Moses Ingram is. Some Internet users complained that she wasn’t intimidating enough in previous episodes, but her attack on Owen and Beru Lars on Tatooine made her feel like a killer villain with a lightsaber, despite her previous injury at Vader’s hand. Also, her final breakdown in front of Luke and Obi-Wan proved the actress’ emotional range, as her huge, lingering trauma after Order 66 and previous near-death experience were perfectly portrayed.

Ingram should never have been subjected to the hatred of racist trolls, and some online criticism of Reva was invalid, simply claiming that a black woman had no place to play a (almost) Sith character like the Inquisitor. However, both the trolls and the audience, who had serious problems with the performance and writing of Riva, turned out to be wrong in the final episode of Obi-Wan Kenobi. Moses Ingram brilliantly played Reva Sevander, and her character finally made sense when her backstory with Vader was revealed and she decided to spare the young Luke Skywalker. Obi-Wan Kenobi came out on a high note and proved to everyone who doubted Ingram and Reeva’s character that they were wrong.