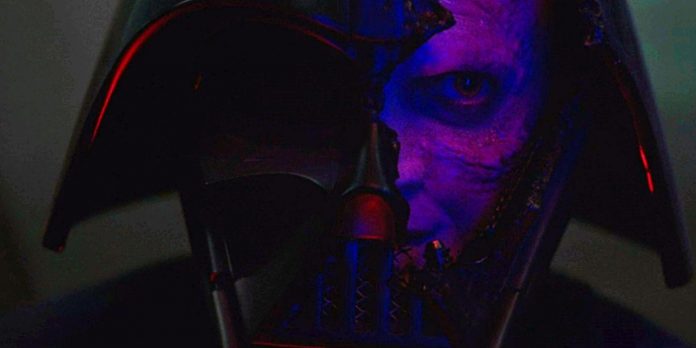 Warning! There are spoilers ahead for the 6th episode of Obi-Wan Kenobi.

The finale of “Obi-Wan Kenobi” on Disney+ is ironically compared to the most notorious scene “Batman v Superman: Dawn of Justice”. As a sequel to Zack Snyder’s Man of Steel, 2016’s Batman v Superman continues to be a controversial film that was reportedly hindered by studio interference and criticized. Perhaps his most criticized/discussed moment comes in the third act, when Batman in a mechanical suit gets the better of Superman. As Clark Kent prepares to accept his fate, he pleads with Bruce Wayne to “save Martha”—his mother, whom Lex Luther is holding hostage. Since Bruce’s mom is also named Martha, the request allows Batman to recognize Superman’s humanity.

Obi-Wan Kenobi’s finale highlights the much-publicized “rematch of the century” between his titled Jedi master and his fallen apprentice Anakin Skywalker. With a renewed sense of purpose, Obi-Wan can come face to face with the mechanical monster that is Darth Vader. The outstanding moment of the duel comes at the very end, when Obi-Wan cuts Vader’s mask, exposing Anakin’s charred face underneath. As if he didn’t realize that humanity still exists among the machine, Obi-Wan burst into tears, saying, “I’m sorry, Anakin,” before leaving “Darth” defeated again. Although the last quote doesn’t sound like “save Martha,” there is a cracked mask and some life-changing words in both scenes.

TheSnyderKnight on Twitter recently shared an image of Ben Affleck’s Batman in a cracked mask from the movie Batman v Superman, along with a photo of Hayden Christensen as Darth Vader. The post also jokingly mentions Snyder for this scene in Obi-Wan Kenobi’s finale.

As mentioned in the comments to the post above, the animated series “Star Wars: Rebels” really laid the foundation for the scene between Obi-Wan and Vader in “Obi-Wan Kenobi”. In the Rebels’ second season finale, Twilight of the Apprentice, Anakin’s former padawan Ahsoka Tano also damages Vader’s mask in battle, causing Ahsoka to refuse to leave her fallen friend when the temple closes in on itself. Christensen watched “Clone Wars” and “Rebels” before Obi-Wan Kenobi, revisiting this particular “Rebels” scene in preparation for the live-action finale.

The moment of “Ben” and Darth in the finale of “Obi-Wan Kenobi” is not one fan who will soon forget. In addition to the memories of sparring in the 5th episode, in the series for the first time in 17 years, the iconic characters of Christensen and Ewan McGregor met face to face. The scene of Obi-Wan Kenobi with a cracked mask is extremely well played, directed and emotional. However, as in the case of the episode from Batman v Superman, it will inevitably be ridiculed countless times on the web and generate a flurry of memes. While Obi-Wan Kenobi has certainly been criticized and is far from perfect, at least there is no Martha moment in him.