Home Entertainment Obi-Wan Kenobi Would be better in a movie 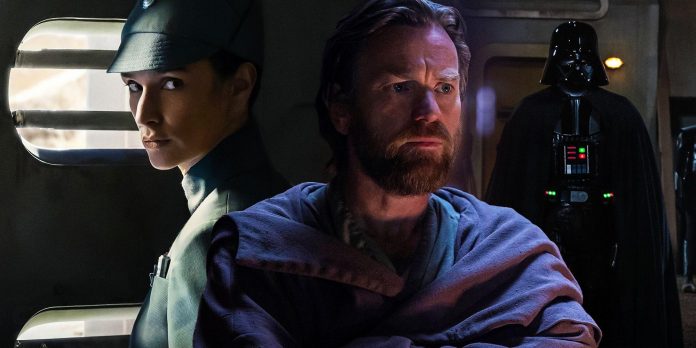 Now that all six episodes of “Obi-Wan Kenobi” have been released on Disney+, it became clear that the series would have been much better in the form of a movie, as originally planned. Disney+ has had a lot of success with its shows like Star Wars and Marvel, and while Obi-Wan Kenobi has reportedly earned big streaming numbers on the platform, the decision to make a TV series instead of a movie was a big missed opportunity.

After several years of teasing by Ewan McGregor, it was initially reported that Obi-Wan Kenobi would be shot as a film directed by Stephen Daldry, but since Disney and Lucasfilm abandoned their plans for the big screen and switched their attention to Disney+, the decision was made. remake Obi-Wan Kenobi into a limited series. Streaming content is a hot spot, and a number of major IP shows have proven the potential for big sci—fi and fantasy stories to be told on the small screen, but in the case of Obi-Wan Kenobi, that didn’t happen.

With the return of Ewan McGregor and Hayden Christensen and the big battles teased between Vader and Obi-Wan, the show certainly had potential, but the limitations of an episodic streaming show ultimately prevented it from being as good as a movie version could have been. The main plot: Obi-Wan, recalled from Tatooine to save Leia, meeting with a group protecting escaped Jedi, being hunted by the Empire, and Obi-Wan confronting Vader so that the rebels could escape, works like the traditional structure of the film, but the process of expanding to six episodes often led to the characters there was nothing to do or they repeated the same arches in every episode. For example, in five of the show’s six episodes, Obi-Wan confronts the enemy to buy time for Leia and the rebels to escape. A more typical film structure would instead create tension through narrower escapes, leading to Kenobi’s final decision to meet Vader so that the rebels can escape in the finale, creating more dramatic and thematic significance, as this is the moment when he realizes he can let go and trust the rebels to protect Leia (so that she can could eventually save the galaxy), while he sets out to seek the completion of his past as the defender of the galaxy (which is also the arc of his character in “Star Wars: A New Hope”).

The episodic structure also had a negative impact on the production value of the show, making it seem smaller and cheaper. Since each episode required its own storyline, character rhythms and scenery, the actors and crew have more scenes to develop, rehearse and shoot, which means that on average less time (and money) is spent on each individual scene. In addition, instead of gradually building up the action through more and more large-scale scenes to a climax in the third act, as in the traditional structure of the film, the fighting scenes and large scenery need to be more evenly distributed across the episodes, which means that there may be a little more overall action. the scenes are smaller than in a regular Star Wars movie, but on average they are smaller and never reach the same peaks as the movie, which reduces the potential scope of the climactic finale, aggravating the resistance of the repetitive structure in the climax.

Of course, these limitations preventing Obi-Wan Kenobi from reaching his full potential do not mean that a Star Wars show will always be better than a movie. “The Mandalorian” is a good example of how to use a more serialized story structure that still culminates in an exciting ending (albeit on a smaller scale than the movie would be), but the series structure just doesn’t make as much sense in the story. Obi-Wan Kenobi decided to tell. The only clear benefit of turning a movie into a streaming series is that the streaming platform itself sets records for the number of Disney+ views and provides the platform with six weeks of valuable intellectual property to keep subscribers for two billing cycles, while in the case of movie subscribers, it was possible to just subscribe for one month and then cancel. While this may make commercial sense, the impact on the series’ plot structure and budget allocation has made Obi-Wan Kenobi a less climactic and cheaper Star Wars plot than he could have been in movie form.

Fraud at the Cinnabon Mall in the sixth season of “Better...