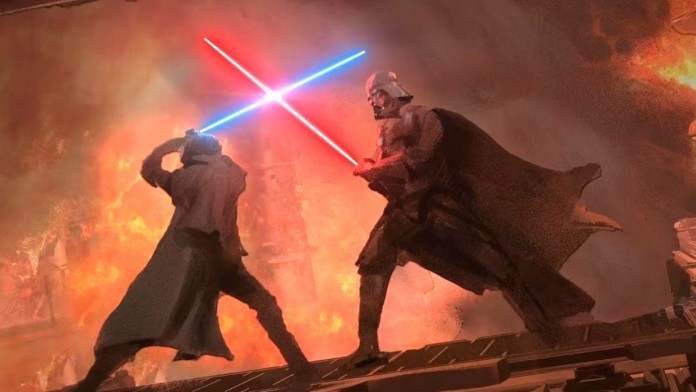 Obi-Wan Kenobi: Various concept materials are leaked from the new Star Wars series as part of the 2020 Disney Investor Day featuring Obi-Wan, Darth Vader and more. Obi-Wan Kenobi, one of the new Star Wars series that will premiere next year on Disney +, has been seen through the first conceptual arts in which we can see some scenes that are most likely to be shown in the final footage. This is collected by numerous media after echoing the leak of a video clip with internal material from the past Disney Investor Day of December 2020, showing characters such as Obi-Wan facing Darth Vader, an Inquisitor and more.

Thus, this promotional video clip has not been officially released and is even being deleted from numerous channels that have uploaded it to the Internet. So much so, that the clip shows a “behind the scenes” or making of the series, possibly part of a footage that will be shown tomorrow during Disney + Day along with the next news from Star Wars, Marvel Studios, Pixar and plus. Scenes with some of its protagonists talking about production (including Ewan McGregor) or various conceptual arts.

Among the most striking arts we see a confrontation with lightsabers between Obi-Wan Kenobi and Darth Vader, thus anticipating the most anticipated clash after Episode III with the same actors, that is, Ewan McGregor and Hayden Christensen, whose participation in the series already it was confirmed months ago. Other art shows an Inquisitor emerging from an Imperial ship, rebel bases, the underworld of a city, and other locations.

Director Deborah Chow, for her part, adds that it will not be safe times for the Jedi, as there are hunters who try to hunt them down. Obi-Wan Kenobi still does not have a release date on Disney + although it will arrive on the platform sometime in 2022.

Zack Snyder Shares New Clues About Army Of The Dead 2...