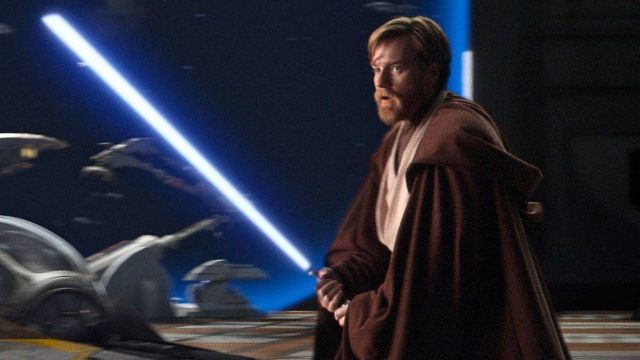 Obi-Wan Kenobi: In a chat with Pedro Pascal, the actor who plays Obi-Wan, McGregor, confirms something that Star Wars fans will like. He is coming to Disney +.Ewan McGregor, renowned actor remembered for playing Obi-Wan Kenobi in Star Wars, will again wield the lightsaber in the series dedicated to the character himself soon on Disney +. The production, with a cast known almost entirely, has chatted with Pedro Pascal (The Mandalorian) on the program Actor son Actors (via Variety) and has confirmed the return of some characters much loved by Star Wars fans.

“I don’t think I’m going to reveal any secrets,” McGregor joked. “I have to be very careful. There is no secret about when this series is going to be shot, but I had to walk past two Stormtroopers. that I had never acted with a Stormtrooper because mine were clones, “he explains.” I had never seen a Stormtrooper. So I was walking alongside them in this scene. […] It’s crazy. I felt like I was 6 years old again. or something like that, because I was so close to one and it gave me a scare, a madness, “he adds passionately. And he ends:” Also Jawas, I had another scene with a little Jawa. ”

Star Wars Obi-Wan Kenobi, one of the most anticipated series of Disney +

During these last weeks and months we have gradually learned how the Obi-Wan Kenobi series was recorded. On the one hand, we have had a first look at the filming set and it has been anticipated that we will have fights with lightsabers, an element much loved by the fans; especially the ones who grew up with the Episodes I, II and III trilogy, where Obi-Wan himself had a prominent role.

We already know a few things about filming. The well-known Jedi series will not forget Hayden Christensen, who returns to play Lord Darth Vader. Other actors and actresses confirmed for this production are Moses Ingram, Joel Edgerton, Bonnie Piesse, Kumail Nanjiani, Indira Varma, Rupert Friend, O’Shea Jackson Jr., Sung Kang, Simone Kessell and Benny Safdie. On the other hand, it has been confirmed that Jar Jar Binks will not repeat this time. We do not know of a possible return of Liam Neeson as Qui-Gon Jin, Obi-Wan’s teacher, so we have to wait until we know more details in this regard.

In the absence of knowing the release date of the Obi-Wan Kenobi series, we invite you to read this article, where we review all the Star Wars series confirmed on Disney + and everything we know about them.

Fable: New Game is Being Developed With Forza Engine