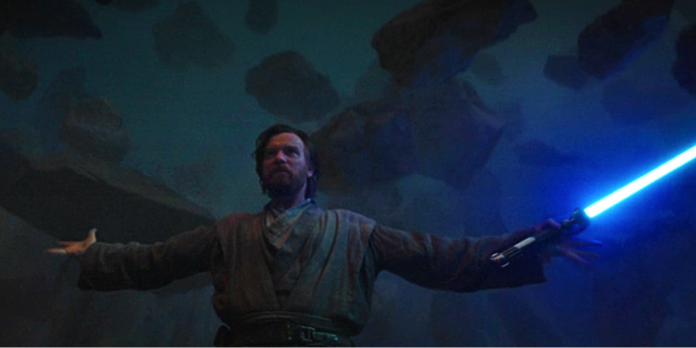 ATTENTION: light spoilers for the 6th episode of Obi-Wan Kenobi.

Obi-Wan Kenobi had to meet many requirements. The announcement of Ewan McGregor and Hayden Christensen’s return to the Star Wars universe was met with collective fanfare and prompted a reassessment of the once-maligned prequel trilogy. Exploring the time between “Revenge of the Sith” and “New Hope” was aimed at adding layers to a story that four decades later is well—known territory-for the most part it succeeded. The relationship between Leia and Obi-Wan, the guilt that the former Jedi master feels for his Padawan’s defection to the Dark Side, and the nascent rebellion – all this has been expertly explored, but the shadow of a long—awaited rematch hangs over what is happening. And while Obi-Wan Kenobi struggled to justify his existence, his ending ultimately fell short of the potential shown in previous episodes.

Obi-Wan Kenobi, episode 6, tells about the long-awaited rematch between Obi-Wan and Anakin, when the Jedi distract the Sith lord from pursuing the rebels and drag him into a solo battle. Meanwhile, Reva, having survived the wounds from episode 5, heads to Tatooine to kill Luke Skywalker, and, with the warning of a local resident, Uncle Ben and Beru prepare to confront the Third Sister.

McGregor’s return as Obi-Wan was full of ups and downs as the Star Wars show struggled to balance fan service by pushing the franchise in new directions during its six-episode run. It might have been hard to expect this from a show that was set in well-trodden territory, but there were glimpses of growth in the limited series. From Obi-Wan coming to terms with the past and his grief for not being able to protect Anakin (and many other Jedi who died because of Order 66), to Jedi struggling with a future that includes even more strife, Obi-Wan Kenobi was never going to give easy answers. to the questions underlying the show.

One of those answers had to be the legitimate reason why both Obi-Wan and Vader survived their climactic duel before the New Hope. Unfortunately, Obi-Wan Kenobi can’t explain the reasons. Aside from the Jedi’s emotional connection to his former Padawan, the Star Wars series never makes it clear why Obi-Wan allowed Vader to live to continue terrorizing the galaxy, except for the fact that this has already happened in history. The show also finds it difficult to match one of the franchise’s greatest duels of all time—the lightsaber battle between Obi-Wan and Anakin on Mustafar in Revenge of the Sith.

Obi-Wan Kenobi is certainly trying, and the battle between them is monumental in scale. Watching the two titans of Power fight face to face will cause a sense of awe in any fan, casual or diehard, and to see Obi-Wan fully use his powers after fighting for the first five episodes is a spectacle. When they finally exchange words, the weight of years of resentment and friendship comes to the fore. But despite all the built-in emotions, there still seems to be something missing in the final confrontation, a recurring theme throughout most of this finale.

Reva arrives on Tatooine to take revenge on the young Luke Skywalker. With advance warning, Uncle Owen and Beru prepare for the arrival of the Third Sister at their farm, refusing to leave their home. Reva, who, despite unfounded criticism, is one of Obi-Wan Kenobi’s most interesting characters, seeks revenge on Obi-Wan through Luke. Why should Luke get Obi-Wan’s protection when she was forced to watch a lot of young people being killed at the hands of the Empire? There is no answer to this question, but viewers look deeper into Reeva’s head, and the door remains open for the return of the disgraced Inquisitor at some point in the future. In some ways, Reeva’s arrival on Tatooine is more exciting than the battle between Vader and Obi-Wan. The question of what Luke will see and how it may affect him remains during the night attack.

Naturally, it wouldn’t have been the finale of the Star Wars show if a familiar face or two hadn’t appeared in the last minutes. Obi-Wan pronouncing these already classic words “Hello!” will also evoke a response from many. Although Obi-Wan Kenobi has been announced as a limited series, it is clear that he is leaving the door open for a second season, which McGregor and many others say they would be willing to do. Ultimately, a second season of Obi-Wan Kenobi would be a mistake. Anyway, the six-part series proves that the franchise got almost everything it could from McGregor’s character, and while future appearances should not be discounted, another six-hour series would be a waste of time and could jeopardize all the work done to make Obi-Wan as versatile as he is.

Despite all its shortcomings, “Obi-Wan Kenobi” is still a well-thought-out show that has enough thrills and emotional climaxes to satisfy any viewer.