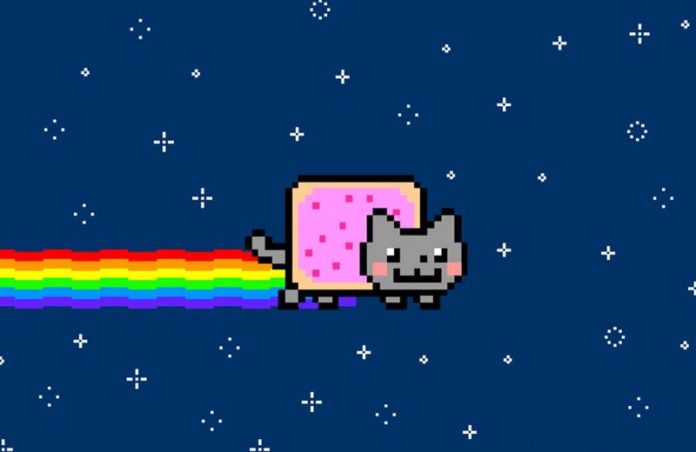 The Nyan Cat gif, long known in the internet world, was turned into NFT and sold for 300 ETH. It was sold for 600 thousand dollars.

Chris Torres, the creator of Nyan Cat animation, prepared NFT to celebrate Nyan Cat’s 10th anniversary and launched it on the Foundation platform on February 18th. The auction, which started with 3 ether, closed on February 19 with 300 ether. NFT received offers from 12 people in total. The value of ether at the time of sale was $ 1,544.

It is possible to buy a house and a car with the Nyan Cat NFT. The identity of the person who made the highest bid for NFT and paid 600 thousand dollars remains confidential.

“I opened the door to breast economy”

Speaking to Nasdaq, Torres stated that he was very surprised after the 300 ether sale, but he was glad that it opened the door to the breast economy for the cryptocurrency world. Finding the sale successful, Torres said, “I am still new to the crypto industry. But I can see the potential, and I know that this is exactly what we need. ” said.

In the report, it is stated that breast NFT manufacturers have not fully paid for their work so far, but with this door that Torres has opened, a new breath can come to the sector.

How did the Nyan Cat come about?

Chris Torres made an animation of Nyan Cat inspired by his cat named Marty on April 2, 2011 and uploaded it to the internet. After a while his animation went viral and became a meme known and used by internet users.

The Nyan Cat gif’s YouTube channel has 205 thousand subscribers. The number of views of the original Nyan Cat video is 185 million.

2022 Forecasts: These Are Waiting for Bitcoin and Altcoins!