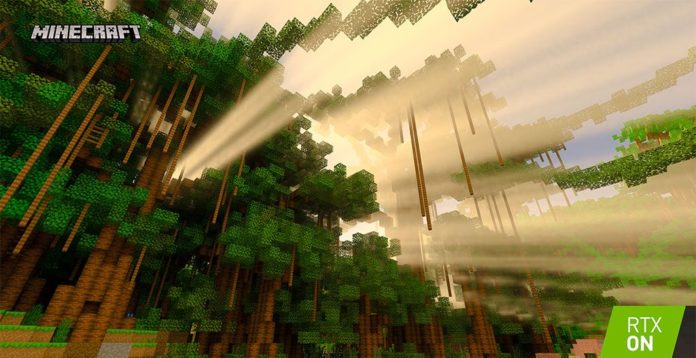 Real-time ray tracing update will be coming soon to Minecraft, which is a very popular game. NVIDIA has released GeForce drivers to support this feature. We explain what you need to do to update your drivers.

Ray tracking technology is a very important tool for the use of realistic light in games and increasing graphic quality. It was known that the technology used in many games will also come to Minecraft.

NVIDIA ready for Minecraft with ray tracing:
The beta process begins tomorrow, as Minecraft’s real-time ray tracing technology is used. The graphics of the game will become more advanced and more eye-catching. The graphics will be realistic and the shadows and lights will look more natural.

Although it is not much for Pascal and Turing based GeForce GTX cards, it will be possible to play the game with ray tracking technology with RTX 20XX series cards. Technically, the cards in this series support ray tracing thanks to DXR.

How can you download new drivers?
NVIDIA has announced that new drivers are optimized for Call of Duty: Modern Warfare 2 Campaign Remastered, SnowRunner and Saints Row: The Third Remastered as well as Minecraft. NVIDIA has also added new devices among G-Sync compatible displays. Three recently added devices; It was ASUS V27B with Acer XB273GP and XB323U. Also, the problems in various games have been fixed.

It is possible to download new drivers of NVIDIA through GeForce Experience. You can also use NVIDIA’s website to do the process yourself. Here’s what you need to do:

Go to the drivers page on NVIDIA’s website.
Select the driver of the card you have and press the ‘Download’ button.
If you are using GeForce Experience, create an account and sign in to the application.
Go to the Drivers / Drivers tab.
Click on ‘Check for Updates / Check for Updates’.

Kylie Jenner angry: A brand stole the name of her daughter...

The Intellivision Amico console is delayed until April 15

Kourtney Kardashian too hypocritical? It responds to user reviews!

Crypto Whale Announces: What Is Required For Bull Market In XRP?

Hyundai shares its first photos revealing the sporty design of the...

TFT Targets: see details of the first patch of the new...