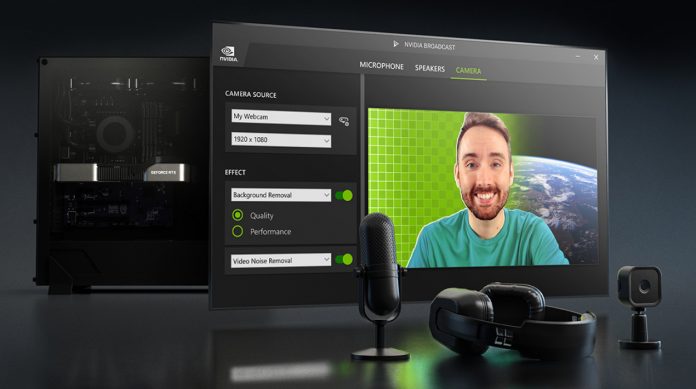 NVIDIA introduced its Broadcast app to provide people with an AI-driven toolkit that they can use to make live streams from their home look and feel more professional. A year later, the video card maker NVIDIA made it easy to remove room echo, pet voices and video noise from the background with the latest version of its Broadcast app.

After its release, it provided people using computers equipped with RTX GPUs with the ability to remove background noise and blur the background of their webcam streams with any image, such as game footage. It also offered the ability to track users’ head movements as they move. In addition to the improvements made to the original toolkit, NVIDIA is introducing two new features with Broadcast 1.2.

Broadcast 1.2 stands out with its ability to remove background pet noises

One of the new features is called Room Echo Removal. This feature removes the echo in the streamer sound. Meanwhile, it is also stated that Video Noise Removal can help reduce video static caused by poor quality cameras. It is stated that this can be noticed especially in low light environments.

NVIDIA has also updated Broadcast’s noise canceling tool to add profiles that better isolate the sounds of background cats, dogs, and even insects. In addition, the new version of Auto Frame allows objects to move within a frame without moving the camera.

When the updated vehicle is in place, the camera will only move when the subject leaves the middle third of the screen. Broadcast now also offers users a way to combine multiple AI effects in a single device. Thus, users will be able to use auto square and background blur at any time.

PS5: it is possible to customize the DualSense controller!