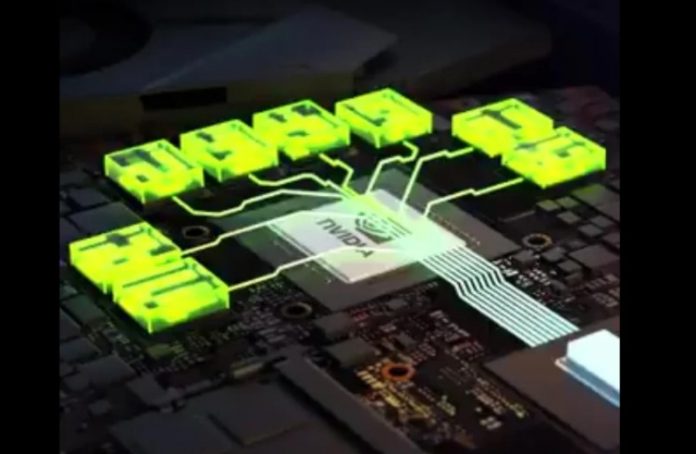 NVIDIA shared a short 9-second promotional video from its GeForce official Twitter account. In the shared video, the audience was presented what will be shown in the RTX Game On event to be held within the scope of CES 2021.

NVIDIA GeForce official Twitter account shared a short video for the GeForce RTX Game On announcement. In this 9-second video published, there were also 4 new announcements NVIDIA will make at CES 2021.

As of 8 pm on January 12 at the time of Turkey which will be published on YouTube and Twitch event will be held at the NVIDIA announcement about this 4 what? When we move the video slowly, we see a laptop, an image from the Outsiders game, GeForce RTX script and an NVIDIA chip. What does all this mean?

Another important improvement with GeForce RTX Mobility GPUs is that these GPUs can now be used in both Intel and AMD laptops. Previously, Intel could benefit from NVIDIA’s upper segment graphics cards, now AMD will also benefit from this.

We entered from the graphics card and if we continue that way; The GeForce RTX script may indicate that NVIDIA is preparing for a new desktop RTX 30 series GPU announcement. This video card is thought to be RTX 3060 with 12 GB vRAM, whose various information was previously revealed.

Also featured in the video was a visual from the Outsiders game developed by the People Can Fly studio, which developed games such as Bulletstorm and Gears of War. The game, which will be released this year, may benefit from DLSS and ray tracing technology. In addition, Outsiders may not be the only game to be announced that these features will take place.

One of the four images shown in the video was some type of NVIDIA chip. It is stated that this could be a direct competitor to AMD’s Smart Access Memory technology. According to the news in Wccftech, the image shows that the NVIDIA GPU is communicating with the CPU.

Ethereum is very close to being passed in its own...