Home Entertainment Nvidia RTX 4090 and 4080 Gaming Laptops Will Be Available For Pre-Order... 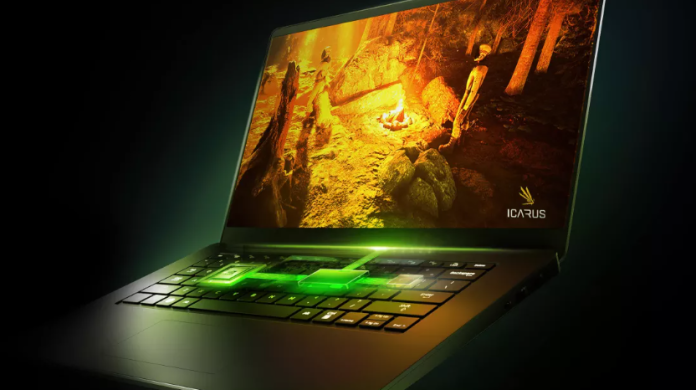 The prospects: It was confirmed that pre-orders for Nvidia RTX 4090 and RTX 4080 laptops open on February 1, that is, 8 days before the official launch of both GPUs. This will give people an extra week to buy and secure a high-performance RTX 40 series gaming laptop before availability inevitably runs out on the first day.

The Nvidia RTX 4090 mobile GPU is the flagship SKU of this generation, designed to replace the RTX 3080 Ti, it will be equipped with 9728 CUDA cores and 16 GB of GDDR6 memory running on a 256-bit bus. The clock frequency will vary from 1455 MHz to 2040 MHz, and the power consumption will range from 80 watts to 150 watts, depending on the choice of the laptop manufacturer, the design of the cooling system and the occupied area.

Nvidia boldly declares that both of these high-end mobile GPUs will be able to reproduce the gameplay at 60 frames per second not only on one 4K monitor, but also on three configured in a gaming setup with surround sound. We have to assume that this supposed possibility involves generating DLSS 3 frames so that their numbers look better than usual.

Fills the entry-level RTX 4050 stack with 2560 CUDA cores, 6 GB GDDR6 on a 96-bit bus and power consumption from 35 W to 115 W (like the 4060 and 4070). The clock frequencies of this model are designed for 1605-2370 MHz. These differentiating target overclocking frequencies represent the minimum and maximum overclocking frequencies that you can expect from any laptop equipped with these GPUs, and will directly correlate with the GPU power target that will be configured by the laptop manufacturer.

Nvidia claims that the RTX 4070, 4060 and 4050 will consume only a third of the power consumption of the RTX 3080 and will be able to run games with 1440p Ultra settings at 80 frames per second. However, Nvidia’s statement is rather suspicious, so treat this information with a degree of skepticism until we can put them to a real test.

Marvel and Skydance are working on a World War II game...