Home Tech Nvidia RTX 4080 Is Newegg’s Best—Selling Graphics Card, But It’s Not in... 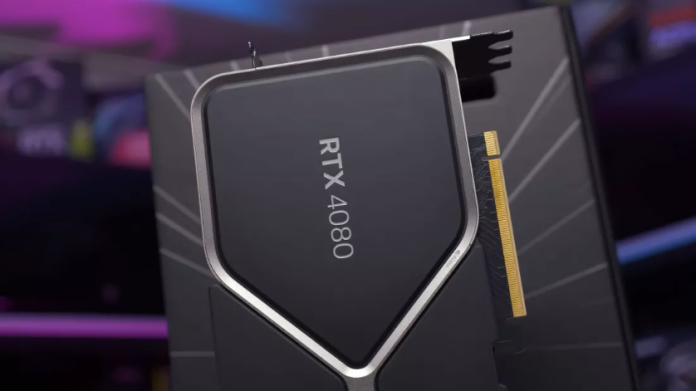 VTF?! We’ve seen many reports of weak RTX 4080 sales, but is Nvidia’s expensive Lovelace product really that unpopular? No, according to Newegg, whose list of best-selling graphics cards is headed by the RTX 4080. However, Amazon has very different numbers.

RTX 4080 started its life with a difficult start. Despite the card’s power, it turned out that the manufacturer’s recommended retail price of $ 1,200 turned out to be a difficult task for gamers, especially in the current economic conditions, when consumers prioritize spending on essentials, and supplies of everything from PCs to smartphones are collapsing.

The RTX 4080 was so unpopular that even speculators could not sell it for more than the manufacturer’s recommended retail price, which led to sites such as Newegg refusing to refund money for cards. However, according to a popular hardware vendor (via Tom’s Hardware), the RTX 4080 is currently its best-selling card.

Another rather unexpected entry in the top five is Gigabyte Gaming RTX 4090, which took third place at a price of $ 2,199. The flagship was more popular than the RTX 4080, but to see it so high was unexpected, and in the last few hours it was marked as “Out of Stock”.

The rest of the Newegg chart is filled with mid-range GPUs that have been climbing up in the Steam review lately, including the RTX 3060, RTX 3050 and Radeon RX 6600.

There are several explanations here. Amazon is a more popular destination for casual players looking for mid- and low-level cards, while the more hardcore crowd often heads to Newegg. Most people seem inclined to trust Amazon’s list, which is automatically updated hourly, but the lack of sales from one of the retailers makes it difficult to assess the popularity of the card. In addition, there is the point of view of the conspirators who say that Newegg artificially promotes the RTX 4080 in the charts in order to sell more of its excess inventory.

The Change That WhatsApp Has Implemented Without You Noticing

According to an Analyst, PS5 Will Pass The Xbox Series X...