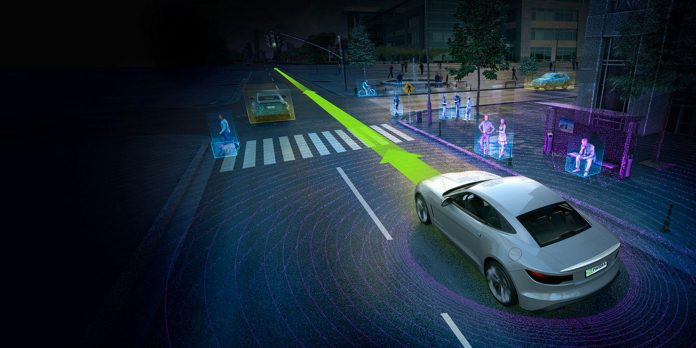 Nvidia recently applied for a patent allowing self-driving cars to respond independently to approaching ambulances. The company is primarily known for producing video cards that are used by gamers around the world. However, Nividia is also known for its skill in developing artificial intelligence-based technologies for computers and cars.

With her experience in artificial intelligence, it seems natural for Nvidia to develop hardware and software solutions for self-driving cars. Nvidia already has partnerships with some of the largest automotive companies in the industry, including Audi and Mercedes Benz. In addition, the company recently filed a patent with the U.S. Patent and Trademark Office, which explains how the company plans to use a specially designed system containing microphones to identify and respond to various emergency vehicles.

The broad explanation of Nvidia’s patent involves identifying and responding to the alert sirens of various emergency vehicles using a pair of microphones. The solution proposed by the company requires these microphones to be connected to an autonomous or semi-autonomous vehicle and work in interaction with a deep neural network (DNN). The microphones will generate sound signals based on the sound alerts present in the environment. These audio signals will first be used to create a frequency spectrum and then sent for DNN analysis. After processing the information, the system will return a forecast for various aspects of the sound, including its location, direction and type. Thus allowing autonomous or semi-autonomous vehicles to plan their actions accordingly.

This looks like a working solution, but it’s still at a very early stage. In addition, most patents do not become real products for various reasons. Since Nvidia has recently applied for this patent, turning it into a working product will take a reasonable amount of time. Most autonomous cars use LiDAR sensors, cameras and artificial intelligence to realize self-driving capabilities. However, Tesla is an exception to this rule, as it does not use the LiDAR sensor in its electric vehicles. Previously, Tesla used an Nvidia chip to power its self-driving cars, but later switched to silicon of its own design to save money.