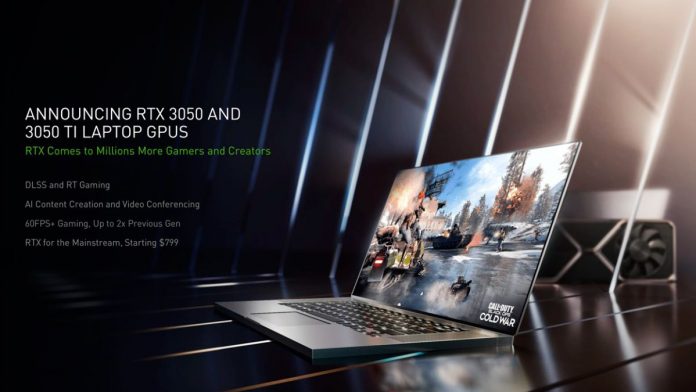 NVIDIA, the Californian semiconductor company, presented its new line of laptops with the new RTX 3050 and RTX 3050 Ti graphics cards through a video conference.

This new linear of ultra-thin and powerful laptops will have the ability to bridle Dynamic Boost 2.0, Ray Tracing, Reflex, more than 60 frames per second in Full HD gaming and will be quieter than the previous linear thanks to Whispermode 2.0 technology.

Some of the models of this new family are:

These computers can be found with prices ranging from $ 799 dollars can also exploit the benefits of NVIDIA Broadcast and its new functions that will be available from today.

And for those looking for more power for content creation, the new NVIDIA Studio laptops will also arrive that promise to render renders up to 2 times faster than the previous generation, 8K HDR content editing, more than 16 GB of video memory and monitors of 1440p or up to 4K.

Some of the models presented were:

These types of notebooks promise to generate up to 35X faster the super resolution of Adobe Photoshop compared to other GPUS, 3D content generation capacity accelerated by means of RTX in NVIDIA Omniverse, capacity of rendering of more complex volumes with NanVDB in Autodesk Arnold Renderer and native integrations with software like OBS.

The availability and final prices of this equipment will depend on the distribution chain of each of the regions.