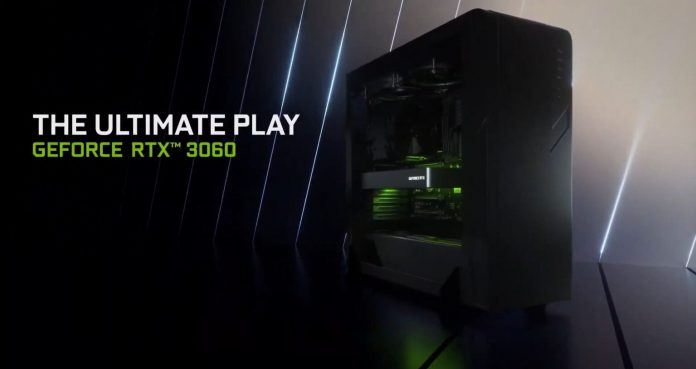 The RTX 3060 graphics card is expected to compete with the RX 6700 series, which will later be introduced by AMD.

The RTX 3060, which NVIDIA will position in the middle level, was eagerly awaited by many players. However, the difficulties experienced in graphics card stocks in recent months may also be reflected in the RTX 3060. It is not yet known whether the RTX 3060, which is expected to be released at the end of February, will experience stock shortages.

The most striking detail among the NVIDIA GeForce RTX 3060 features is that the card comes with 12 GB GDDR6 VRAM. The card, which has the same VRAM value as the RTX 3070, was designed to combat AMD’s Radeon RX 6000 series with plenty of VRAM. The graphics card with 3584 CUDA cores comes with 1.32 GHz base and 1.78 GHz increased clock speed. RTX 3060 with 192-bit memory interface width has 170W TDP value. According to NVIDIA’s recommendation, the system should have at least 550W PSU.

The graphics card, which comes with a dual fan design like the RTX 3060 Ti, uses the second generation RT and third generation Tensor cores. The card, which is produced by 8 nm Samsung, allows to increase the performance in games that support DLSS 2.0 technology. Focusing especially on DLSS and RTX technology, NVIDIA thinks that these two technologies will shape the future of the game world.

NVIDIA GeForce RTX 3060 features stand out even more with the software and technologies developed by NVIDIA. Stating that there is RTX support in 36 games, NVIDIA stated that this support will increase in the future. The gaming experience that comes with the combination of RTX and DLSS technology is very important, especially in 2K and 4K resolution.

Another feature mentioned by the American manufacturer is NVIDIA Reflex. Reflex technology, which minimizes the lag between components such as monitors, computers and mice, prevents delays in competitive online games. This feature, presented in Fortnite for now, will be coming to Tom Clancy’s Rainbow Six: Siege, Valorant, Call of Duty: Warzone, Overwatch and many more popular games in the future.

The starting price of the RTX 3060 graphics card, which is expected to be available at the end of February, is $ 329.

What do you think about RTX 3060 features and price?