Nvidia today announced its new line of GPUs GeForce RTX 3000, composed of the RTX 3070, RTX 3080 and the rookie RTX 3090, with respectful specifications, performance gains of up to 50% and the ability to run games in an impressive 8K at 60 FPS. ASUS was the first to announce new features based on the next generation of video cards, and now it’s Dell’s turn to show what it has prepared for the coming months.

The manufacturer revealed a hardware update to its Alienware family of computers, including desktops and laptops, now equipped with Intel and AMD chip options, in addition to the new RTX 3000 GPUS. Starting with the more robust options, we have the new Aurora R11 configurations, that offer variants with the RTX 3090, of absurd 24GB of VRAM GDDR6X, and RTX 3080, with simple 10GB of VRAM GDDR6x. 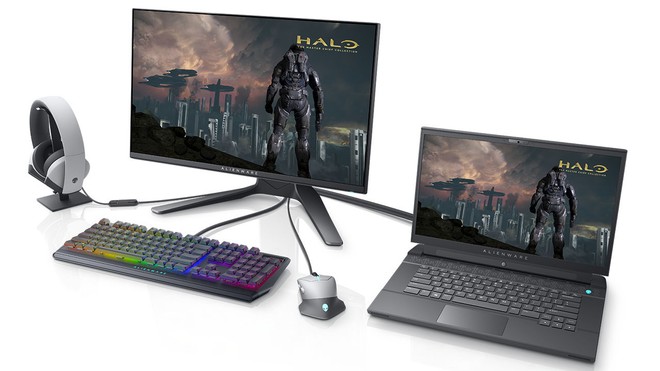 The grandiose Alienware Area 51m and its smaller brothers m15 and m17 have also undergone modifications, now arriving with Full HD panels up to 360Hz, the highest refresh rate available on the market, in addition to offering the 10th generation of Intel Comet Lake-H processors. The notebooks will also feature RTX GPUs, but models have not been revealed, possibly awaiting the official announcement of the mobile variants of the graphics chips.

Finally, Dell also announced three new monitors with specs as impressive as the rest of the line. Alienware 25 comes with a 360Hz display and support for Nvidia’s Reflex Latency Analizer, which adjusts latency according to the delay of peripherals connected to the computer.

Meanwhile, Alienware 38 offers WQHD + resolution and DisplayHDR600 certification, and Alienware 27 features a QHD screen with a 240Hz refresh rate. Unfortunately, pricing and availability information has not been revealed.

Karol G Shares Her Concert Video. The Colombian Did It Again

Face-specific mask that deceives the face recognition lock of phones has...

Aya Nakamura in the mountains: she chooses a total white look!

Apple Released More Games from the App Store in China