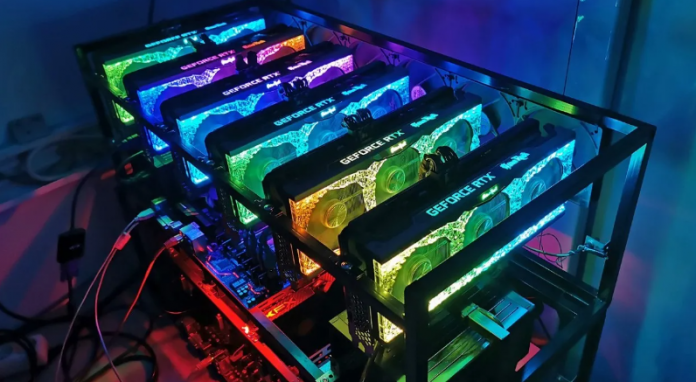 Nvidia has paved the way for users who want to mine with a driver update released for the RTX 30 series.

A Reddit user has discovered that he can achieve a high MH value when mining cryptocurrencies with his GeForce RTX 3080 Ti. Other users commenting on the shared post stated that this feature was removed with the Nvidia GeForce 522.25 driver update.

Software problems may occur due to computer hardware update errors. How do I update my Nvidia and AMD graphics card to update the driver without any errors on your hardware? Check out our article.

The chip and supply crisis, which began during the pandemic, has led technology companies to face production problems. With the growth of cryptocurrency mining activity in 2020 and 2021, it became impossible to find a video card. Nvidia, which has made a statement about the RTX 40 series in recent days, shared news that will please miners for its older models.

Nvidia has announced that it will stop issuing shares, adding a hardware limitation of LHR (lightweight hashrate) for video cards. Video cards with the LHR function limit the instant computing power during mining.

Miners continued to buy RTX 30 series cards because the company accidentally released drivers with the hashrate restriction feature disabled. Ethereum, the cryptocurrency in which most of the mining is conducted, has forced many people to sell their video cards after the new update. After the number of video cards on the secondary market increased, Nvidia removed the LHR function in its drivers to make room for the RTX 40 series by melting down stocks.

A Reddit user has discovered that he can achieve high hashrate values without any interference with his LHR-enabled video card. Under normal conditions, users with a video card with LHR can reach high values with mining software such as NiceHash and NBMiner, which disable the limiter in the software. It is worth noting that the LHR feature was removed with the GeForce 522.25 driver update released by Nvidia.

What do you think about this subject? You can share your ideas with us in the comments section.