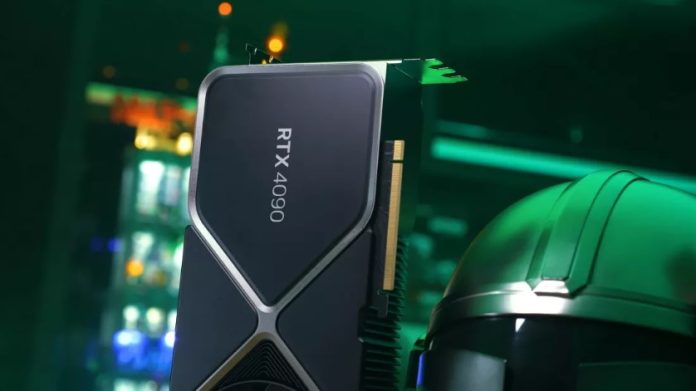 Why it matters: Nvidia announced that DLSS 3 will be equipped with the ability to generate whole frames when it announced the RTX 4000 series and its new software stack. What has not been said is that frame generation can be separated from DLSS and even work with competitors’ upscalers.

Combined with the Intel i9-12900K and the launch of Spider-Man Remastered with maximum image quality pre-set to 4K, the RTX 4090 achieved a reasonable 125 frames per second. With DLSS, FSR, or XeSS enabled with their performance settings, the game was limited by the processor to about 135 frames per second.

Igor’s lab also tested the effect of frame generation with other DLSS, FSR and XeSS quality settings, and the result remained the same. Frame generation helped all three achieve much higher frame rates, but DLSS and FSR significantly outperformed XeSS, as is usually the case on non-Intel hardware.

DLSS 3 when configuring performance with frame generation. Through Igor’s laboratory

XeSS also struggled to match the visual quality of DLSS and FSR. In my opinion, the difference between DLSS and FSR was more a matter of taste. I preferred a slightly sharper kind of FSR, but DLSS seemed to have fewer artifacts. XeSS was more blurry and had some anti-aliasing issues.

Igor’s Lab has some great tools that will help you check the difference between the frames generated using each of the three upscalers. But, again, the story here is pretty familiar: all three tools work the same way as usual and process fake frames as created by the engine, so what you are already a fan of will probably be your favorite here too. .

It is remarkable that Nvidia does not tie frame generation to DLSS 3 and provides consumers with some form of choice, even if this feature is limited to the RTX 4000 series. There are suspicions that FSR 3 will have frame generation that works similarly to Nvidia’s implementation and will have much wider compatibility. It will be interesting to see if this also works with DLSS and XeSS, and which tool will give the best results when FSR 3 comes out next year.

How To Choose The Best Air Fryer For A Healthier Life?