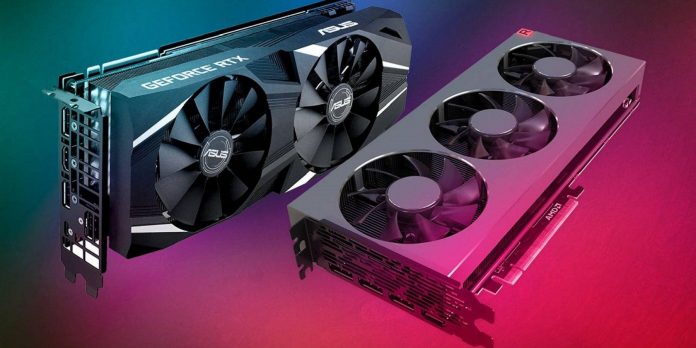 For those who hoped they wouldn’t have to pay extortionate prices for AMD or Nvidia GPUs, the news was pretty good in every way. As video card prices continue to fall, which was apparently caused by the recent mining slump, gamers and PC enthusiasts can breathe a sigh of relief as products become cheaper, sometimes even below the manufacturer’s recommended retail price. In fact, prices have dropped quite significantly since the beginning of this year.

According to a recent report by Tom’s Hardware, AMD and Nvidia prices have fallen by an average of 57% since January, and a drop of 14% has been recorded since last month. It seems that now potential buyers have a chance to purchase high-quality equipment, such as the RTX 3090 Ti or RX 6900 XT, at prices below the recommended ones, and some of them are even 30% below the recommended retail price. Data taken from sites such as eBay shows that most modern video cards are now being sold at a price below their retail value.

RELATED: AMD RDNA 3 may be more “efficient” than Nvidia, but still needs a lot of power

There have also recently been reports that demand for GPUs is generally declining, probably due to a return to some semblance of normality after the pandemic. With the removal of locks all over the world, people are returning to work and/or not stuck at home, which probably means that fewer people were looking for PC technologies such as video cards and processors. Tom’s Hardware further reports that average prices on eBay dropped from $736 in May to $614 in June, representing a 17% drop, but suggests that some cards used for mining will soon enter the used market.

On top of that, there’s also the next generation to look forward to. With Nvidia possibly launching Ada Lovelace this September and AMD keeping up with the potential October release of RDNA 3, both companies have everything to look forward to as the technology moves into a new era.

Of course, there are also newcomers to the industry, but as Intel struggles to launch its desktop Arc GPU globally, companies like Nvidia and AMD don’t seem to have anything to worry about from the blue team. However, in terms of prices for modern technology, things are starting to look much better, and if people don’t mind buying on sites like eBay, they have much more opportunities to buy a modern video card cheaper than the retail price recommended by the manufacturer.

Criminal Minds: Why actress AJ Cook left the series and would...