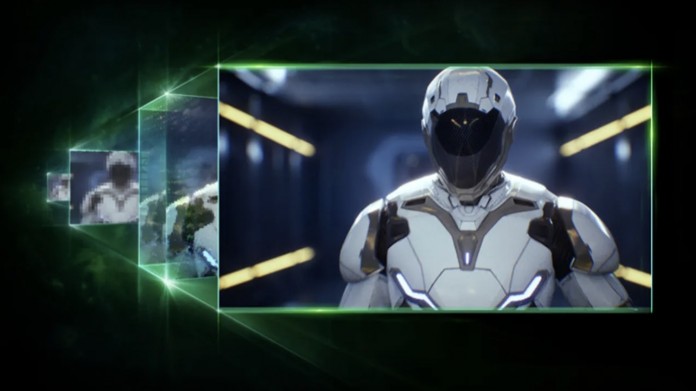 NVIDIA introduced the DLSS 2.3 drivers that will bring the gaming performance of RTX cardholders to the top. Here are the details…

Nvidia released an update today that makes some improvements to its scaling technologies for the new Game Ready Driver. Updates include an upgrade to the new DLSS version 2.3, which is already supported in more than 15 games (including patches for Cyberpunk 2077, Doom Eternal, and others) and the NVIDIA Image Scaling algorithm that works with all games. NVIDIA has also released a new tool called ICAT that gives everyone an easy way to analyze image quality and compare results.

DLSS continues to learn and evolve

NVIDIA DLSS now delivers the highest level of image quality and performance in over 130 games and applications. It just keeps getting better with the recently released DLSS 2.3 SDK. Games like Cyberpunk 2077 and Doom Eternal have been updated to the latest version 2.3, which reduces ghosting and improves temporal stability and detail.

Spatial upgrade for all games

For over two years, NVIDIA has been offering NVIDIA Image Scaling in the NVIDIA Control Panel, a driver-based spatial booster that provides sharpening and upscaling for any game without the need for game developer integration. With the new November Game Ready Driver, NVIDIA offers updates to the scaling and sharpening algorithm, as well as making it more accessible through GeForce Experience. The new algorithm uses a 6-step filter with 4-way scaling and adaptive sharpening filters to improve performance. The image is sharpened and scaled in one pass. This feature is accessible from both the NVIDIA Control Panel and GeForce Experience, and includes a per-game sharpening setting that can be adjusted from GeForce Experience’s in-game interface.

NVIDIA is also releasing the NVIDIA Image Scaling algorithm as an open-source SDK that provides best-in-class spatial scaling and sharpening and runs on all GPUs on all platforms. The SDK is publicly available on GitHub for all developers to integrate into their games.

Adoption of NVIDIA DLSS is growing rapidly, thanks to easy-to-use Unreal Engine plug-ins and native support in Unity. In November, DLSS is coming to ten new games, including: NVIDIA is also releasing a new image quality comparison and analysis tool called ICAT that makes it faster and easier for anyone to make A/B image quality comparisons of gaming screenshots and videos. NVIDIA ICAT allows anyone to easily compare up to 4 screenshots or videos with sliders, side-by-side and pixel-watch zooms. Users can draw conclusions by spatially and temporally aligning comparisons and examining differences. ICAT can be downloaded for free from GeForce.com.