Home Science The Number of People Who Lost Their Lives Due to Corona Virus... 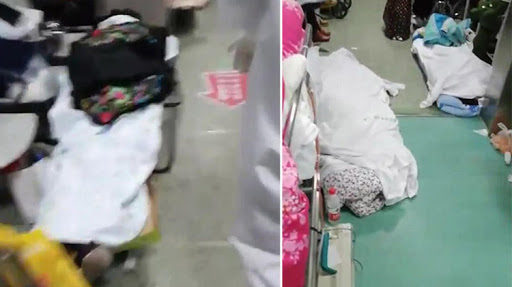 The Corona virus, which has spread in many parts of the world and has spread rapidly, continues to die. The number of people who died due to the Corona virus first appeared in Wuhan, Hubei province in China, reached 426.

The number of people who died in China due to the Corona virus outbreak is increasing day by day. According to a statement from the health commission of Hubei province, the new type of Corona virus-related deaths that first appeared in Wuhan city reached 426 across the country.

In the statement, it was stated that 64 new casualties occurred in Hubei province and 2,300 new cases were detected. Thus, the total number of cases worldwide rose to 19,345. However, in the statement, which was informed that the condition of approximately 2 thousand patients was critical, it was noted that about 400 patients were treated.

The Corona virus was first detected in Wuhan, China’s Hubei province on December 12. Wuhan Municipal Health Commission announced that 27 more people who went to the Huanan Seafood Market in the city on December 31 had seen the disease and closed the market. Scientific studies on the new type of Corone virus in the country have yielded conclusions that the genetic sequence of the virus is caused by bat and snake species native to China, and wild animal trade is prohibited.

Since the virus has spread from Wuhan to other cities and provinces in a short time, public transportation has been stopped in 17 cities, mainly Wuhan, and Hubei province since January 22. Due to the epidemic, many airlines have suspended their flights to China, and the World Health Organization has declared a ‘international public health emergency’.

Corona virus has also hit global trade, and many companies have closed their offices in China. In addition, as China is the world’s largest exporter of products, the lack of production and sales in the country affects international trade significantly.