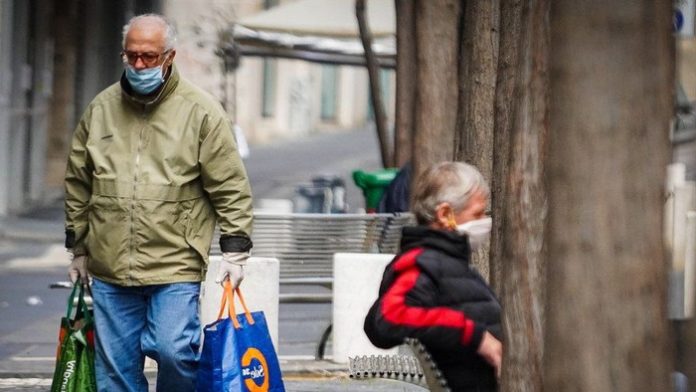 Giorgio Gori, Mayor of Bergamo, the city where the most coronavirus cases and epidemic death occurred in Italy, made a statement and said that the number of people who died due to the epidemic could be 4 times the official figures.

6,077 people have died in Italy so far due to coronavirus. In Bergamo, 1,176 people died due to the virus epidemic. The number of people who died in Bergamo is almost one fifth of the number in Italy. Bergamo has 1 in 10 in Italy in case numbers.

Giorgio Gori, the Mayor of Bergamo, where the coronavirus epidemic continues with all the darkness, gave information about the virus outbreak by organizing a virtual press conference. Saying that all the districts of the city talked with the mayors on the phone, Gori said that 4 people who were not diagnosed for each 1 death number announced when they compared their deaths were killed.

Saying that almost all of these people who died without coronavirus suspicion were diagnosed with pneumonia, Gori said that only people with severe symptoms were tested in the city. All cases of coronavirus in Bergamo are not treated in hospitals. In some cases, relatives of the patients choose home care instead of hospital, considering that they will not see the patient again.

Giorgio Gori also made important warnings to countries that came behind Italy in the coronavirus epidemic. Gori, who wants countries not to underestimate the epidemic, said that they made this mistake. Bergamo Mayor Gori said, “Countries that have advantages for a few days, where the epidemic is behind, should evaluate these days well, take decisions early to protect the health of their citizens, and not wait for the outbreak to spread.”

Bergamo Mayor gave information about the spread of the virus in Italy. Stating that the country was caught unprepared for the epidemic since Italy was the first place in Europe to have a virus epidemic, Gori said that another series of events had sowed the hard times in Italy.

Stating that the first case of the city of Bergamo was not tested by being pneumonia, the spark that started the epidemic, Gori said that the Atalanta-Valencia match played at the San Siro Stadium in Milan on February 19 also caused the virus to spread rapidly. In addition to the fact that approximately 40,000 people watched the match at the stadium, many people who were not in the stadium also watched the match in the public areas.

Cortex A78 is introduced! Phones are now faster!

Kena: Bridge of Spirits postponed to 2021

Ethereum Gas Usage At The Peak Of The Last 2 Years