Home News Why is the Number of People Who Die in Italy Corona Virus... 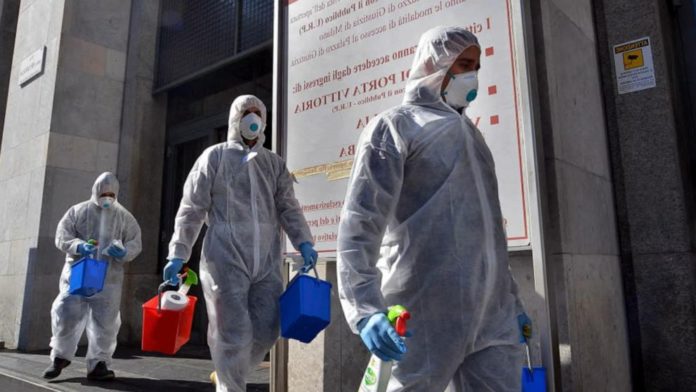 Italy is one of the countries most affected by the Corona virus outbreak. Very high mortality rate is observed in the country according to the number of cases. So what are the reasons for this scary painting?

Deaths caused by the Corona virus epidemic have increased significantly in Italy in recent days. As of Monday, March 9, 9,172 confirmed cases and 463 deaths were reported in the country. Italy is now the country with the highest number of deaths in the world, except China, due to the corona virus.

According to the World Health Organization, the mortality rate of Corona virus in Italy is 5% and this rate is far above the global average of 3.4%. According to the New York Times, the factor that affects the mortality rate may be the average age of the population. Italy has the oldest population in Europe and the proportion of people over 65 years of age to the population is reported as 23%.

Italy’s average age is 47.3 and older people are more susceptible to serious complications caused by the Corona virus. It is a known fact that the disease generally has a higher mortality rate in people aged 80 and over.

Another problem may be the inadequate medical facilities in the region where the disease is common. Most cases of COVID-19 in China occur in Wuhan, where the outbreak began. According to the WHO report, the death rate in Wuhan is 5.8%, while in the rest of the country it is around 0.7%.

See Also
Mafia Starts To Help People In Italy, Where The Government Is Inadequate

Finally, it is possible that Italy could not detect most of the mild cases of COVID-19 and therefore the mortality rate would appear high. As the tests usually take place, milder cases occur that lower the overall mortality rate. This was also the case in South Korea, one of the countries where the disease is most common. As of Saturday, March 7, Italy performed more than 42,000 tests.

G7 and Biden promise to increase aid for vaccination in poor...