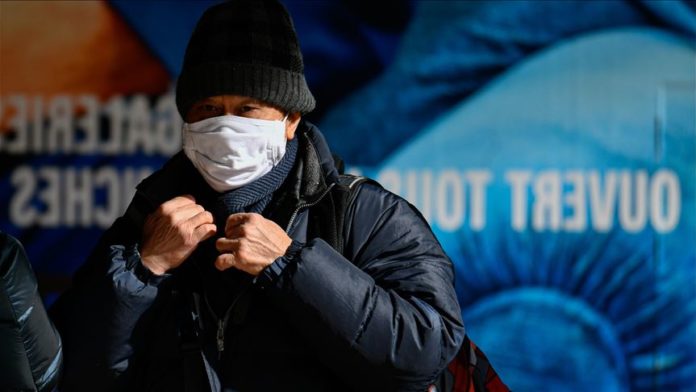 The number of people who died in France due to the new type of coronavirus (Covid-19) increased to 33.

At the press conference, General Manager of the Ministry of Health, Jerome Salomon, stated that the number of people who died due to Covid-19 increased from 30 to 33 and the number of cases increased by 372 to 784.

Sharing the information that the deceased were 64 years old or older, Salomon said that 86 of the patients were in severe condition.

Meanwhile, the President of the French Football Federation Noel Le Graet de announced that the French National Team will not be attending preparatory matches with Ukraine and Finland at the end of this month, as part of the 2020 European Football Championship (EURO 2020).

Among those caught with the virus are Culture Minister Franck Riester and 5 deputies, and among those who died, a Turkish citizen.

The government’s official website “https://stopcov.ge” on Covid-19 says that the number of people in the country that the virus has seen has increased to 23.

According to the recommendation of the Intergovernmental Coordination Council, Nevruz celebrations were canceled throughout the country due to the epidemic.

On the other hand, 156 Georgian citizens who could not return from Italy were brought to the capital Tbilisi.

See Also
Kris Jenner could be suffering from coronavirus disease

Ban on activity in Moscow
Moscow Mayor Sergey Sobyanin announced that activities involving more than 5 thousand people in the capital Moscow were banned until April 10 due to the Covid-19 outbreak.