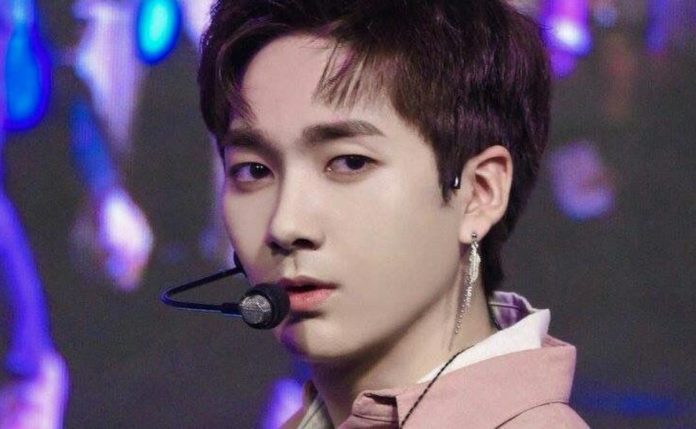 NU’EST member will be pausing his activities and other promotions with the K-pop group, Aron will take a break to mitigate anxiety symptoms.

NU’EST members recently performed at the New Year’s Eve Live year-end concert, where they performed some of their biggest hits and conquered the show’s stage.

A few hours ago, PLEDIS Entertainment published a press release, the agency reported on Kwak Aron’s mental health and his activities alongside NU’EST. The agency said that his representative experienced symptoms of anxiety and therefore underwent a medical examination.

Health specialists recommended that Aron take enough rest for his speedy recovery. The idol will put aside official activities with the boy band, and NU’EST will promote with four members.

PLEDIS Entertainment shared that the top priority now is Aron’s stability and safety. They apologized for the sudden news, asked L.O.Λ.E. support Aron in this process and NU’EST in future projects.

THE SUPPORT OF L.O.Λ.E. TO ARON DE NU’EST

The company requested that Internet users or users of online communities not post with hateful comments, rumors, speculation and criticism of Aron or his health, they concluded:

Through social networks, the K-pop group’s fandom sent a lot of strength and affection for the singer with the hashtags #WeLoveYouAron and #OurAronRestWell, they expressed their admiration for talking about anxiety and assured that they will hope to see him at activities in the future.

HEY !, Stay informed of all the activities, new projects and other surprises of your favorite South Korean artists in our section dedicated to K-pop.