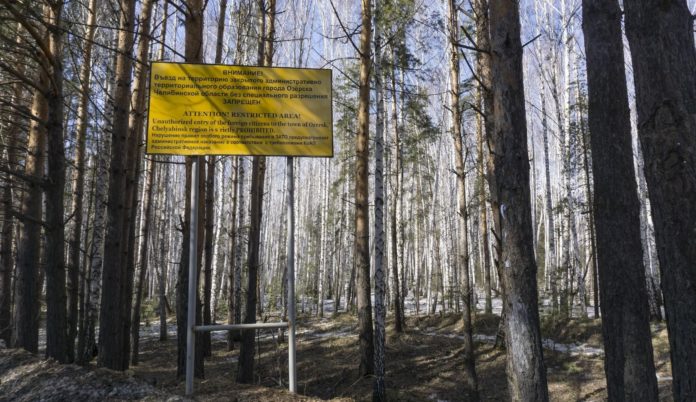 A Nuclear Accident Occured in Europe Two Years ago

A group of scientists, the Ring of Five, discovered an unprecedented radiation spread in Europe in 2017. Scientists who could not understand where this radiation came from, found the source of radiation in 2019 two years later as a result of research. Radiation was spread due to an accident stored at the Mayak Nuclear Plant in Russia.

Two years ago, when the calendar leaves showed the last months of 2017, a group of scientists called the Ring of Five discovered an unprecedented spread of radioactive material in the air of Europe. Scientists observing the ruthenium-106 isotope in the air stated that this substance can often be produced by the reprocessing of nuclear fuel, and the information from a research shocked the researchers.

Controlling the atmosphere of Europe since the mid-80s, the Ring of Five team traced the radiated radiation to the source of radioactive leakage, and what was found surprised the team. A study published in July revealed that the radiation emitted came from the Mayak Nuclear Facility. What surprised the scientists was that an accident at the Mayak Nuclear Plant was concealed by Russia and has not been revealed until now.

Mayak is also the third largest nuclear accident in the world:

Mayak is the area where the Kyshtym explosion took place in 1957. This explosion was the third largest after the Chernobyl and Fukushima nuclear accidents. Scientists, Mayak Nuclear Facility in the same region in 2017 again reported a nuclear accident. Russia did not give any explanation on this issue and the Ring of Five team did not share much of the findings.

A new study conducted by the researchers found that 250 terabecular ruthenium from the Mayak Nuclear Plant were released into the atmosphere. In the Chernobyl accident, which was recorded as the worst nuclear accident in the world, 5.3 million terabekerel and 2.700 terabekerel radioactive materials were released in the third worst Kyshtym explosion.

Officials in Russia said the leak did not come from Mayak, although they saw the rise in ruthenium levels in the country at the time of the explosion. The Russian authorities did not respond to the findings of the Ring of Five team, pointing to a burning satellite in the atmosphere as the cause of this leak. Scientists, the level of radiation emitted does not pose a serious danger to people’s lives, but it is still an event that should be observed and hidden, he said.