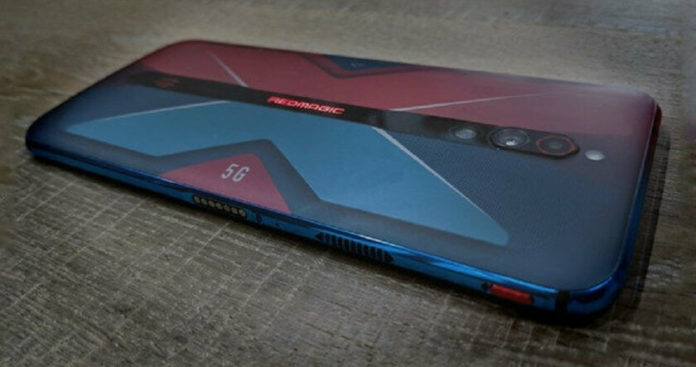 Red Magic 5G, the game-oriented new phone of Nubia, which is expected to be announced soon, entered the AnTuTu tests. According to the statements made by the Company President Ni Fei, Red Magic 5G achieved a hard-to-break record in AnTuTu.

The smartphone industry continues to evolve with great speed. While some technology manufacturers improve the quality of the camera installations they add to their smartphones, some technology manufacturers come to the fore with the phones developed specifically for mobile gamers. Nubia, one of the sub-brands of Chinese ZTE, is one of the developers that draw attention with the game-oriented phones it has developed.

Nubia has been working on a smartphone called “Red Magic 5G” for a while. It has already been confirmed that this phone will be powered by Snapdragon 865 and will be the first gaming phone with a 144 Hz screen refresh rate. The latest information reveals that Samsung’s LPDDR5 16 GB RAM will bring this phone to life and the device will work with the Android 10 operating system. Now the result of this phone’s AnTuTu has emerged.

Nubia President Ni Fei revealed the AnTuTu score of Nubia Red Magic 5G with a post on Weibo, China’s social media platform. The scores obtained as a result of single-core and multi-core processing tests on the phone officially turned the AnTuTu platform upside down.

Nubia Red Magic 5G’s score from AnTuTu
According to the sharing of Ni Fei, Red Magic 5G manages to get 633 thousand 724 points in AnTuTu. None of the other phones that were introduced to the service of the users in the past period and managed to make a sound have been able to reach the score of the Red Magic 5G. Recently, Black Shark 3 Pro 5G, which Xiaomi is expected to announce tomorrow, was claimed to have received 620 thousand 925 points as a result of these tests. Apparently, Nubia and Xiaomi will face their game-oriented phones.

Nubia Red Magic 5G would normally be announced as part of the “Mobile World Congress”. However, the Corona virus epidemic, which emerged in Wuhan, China, and the world’s fearful dream, prevented this congress from taking place. As such, Nubia’s announcement was canceled. The company has not made any explanation for when it will announce the new gaming phone for now.