Home News NTH Room: everything you need to know about the South Korea’s New... 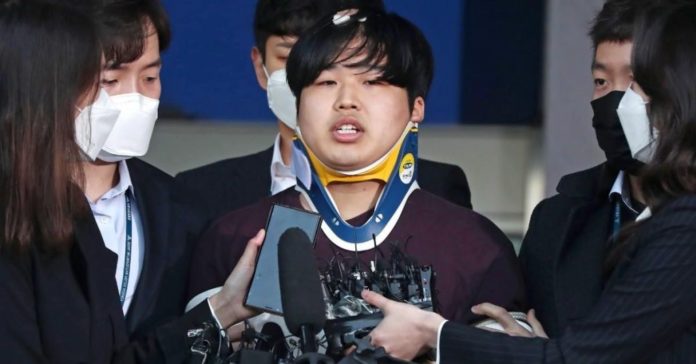 NTH Room: everything you need to know about the South Korea’s New Scandal. The K-pop community is scared of what is going on in South Korea.

Asecond controversy of violence against women again surprised citizens and fans of K-pop. In South Korea, a case was revealed that could be considered one of the most violent and terrifying.

A few months ago, the controversy of a famous Kakao Talk chat was unveiled, where some users shared messages and explicit content that involved several women. Recently, a new case has shocked the media and South Korean society: the so-called ” NTH Room ” chat .

The S.Korea government disclosed only one criminal's personal information. But there were 260,000 criminals in the room.
We NEED your help.#NOMORE_NTHROOM pic.twitter.com/vMgGF2GYoU

Through the Telegram messaging application , around 260 thousand users paid to see videos, photos and intimate content of women of different ages. According to information from Korean media, this chat room was managed by Jo Joo Bin , 25 years old (26 in Korean age), was the administrator of that group, where he classified the illegal content he shared in different categories.

The defendant created the chat rooms in 2019 and there were apparently other partners. In order to participate in the conversations, users had to pay from 600 to more than a thousand dollars, so there is no justification that someone would enter by mistake, since they had to pay to have access.

So far, 75 victims have been confirmed, Jo Joo BienIt is under investigation and it has been revealed that the women who were raped were because they suffered harassment and were blackmailed when obtaining personal photos and private information, the abuse was exerted through threats against them.

K-pop fans have reacted on social media, as there are rumors that CEOS, actors, and perhaps idols may have participated in NTH Room . Nothing is confirmed, but they hope they find the culprits.

On the other hand, Jo Joo Bin allegedly stated that he tried to take advantage of the illegal filming that has been done to some idols in their bedrooms. In the past, there have been controversies because various celebrities have found hidden cameras in their residences, so the defendant wanted to obtain such videos to also share them, according to what he explained, he would act against Bomi, Shin Se Kyung and Joo Jin Mo of A Pink .

Recently, a 16-year-old Korean actor named Kim Yubin caused controversy for his possible participation in the NTH Room, declared that anyone could have participated in said room by being more than 200 thousand users; however, he apologized for his comments caused by unjustified accusations against any Korean man in the situation.